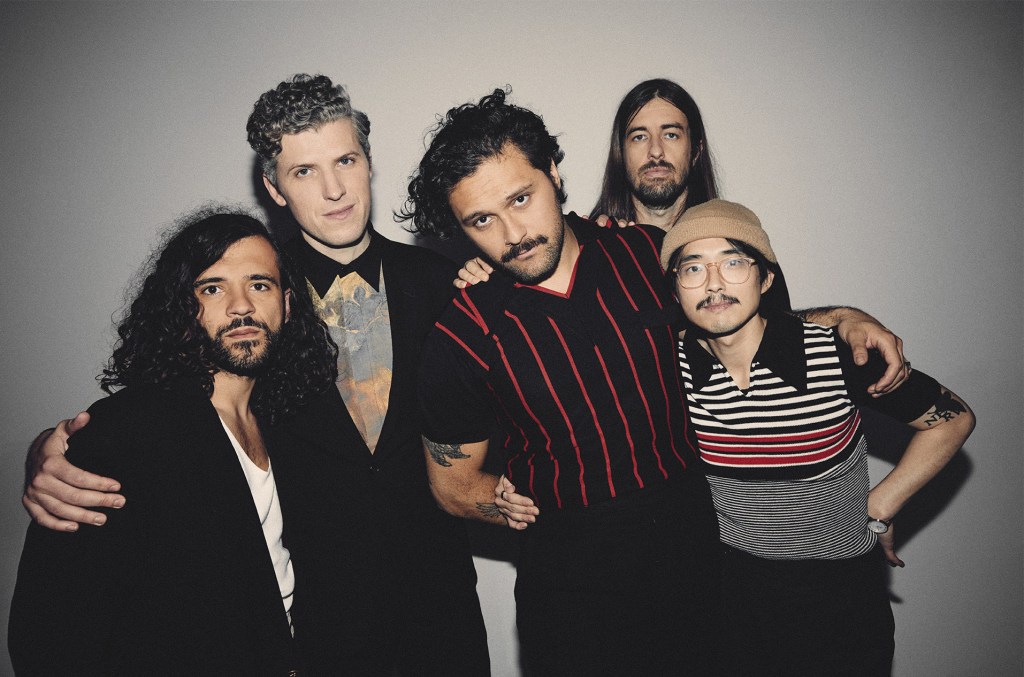 Led by the charismatic hunk of a man that is David Le’aupepe, the Sydney band was crowned kings of Australian rock ‘n roll at the 2017 ARIA Awards, where they dominated with four wins, including best group and album of the year for their chart-topping sophomore set Go Farther in Lightness.

This Gang isn’t mucking around. The five members have decamped to London ahead of the third studio album, Angel In Realtime, slated for release Feb. 25, 2022.

“We’ve spent years working on this project,” explains Le’aupepe. “We’ve scrapped it three times, recorded in various studios both commercial and informal in London, New Zealand and Budapest, and hopefully, have managed to capture something vital and beautiful in the process.”

Thanks to the release of “The Angel of 8th Ave,” we have an idea of what the lads captured.

The Aussies stopped by Stephen Colbert’s The Late Show to premiere the new single, a song brimming with optimism, guts and heart, and boasting a top 10 appearance on Billboard’s Adult Alternative Airplay chart. Watch below.