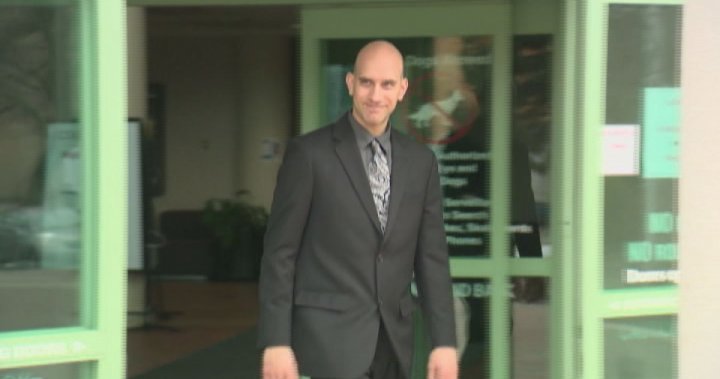 Former Falkland RCMP officer Milan Ilic took the stand on Monday in Kamloops, B.C., as the civil lawsuit he launched against the federal and provincial governments, nearly six years ago, finally went to trial.

Forty-three-year-old Ilic, who was medically discharged from the force in 2019, is alleging the RCMP mishandled an internal investigation into allegations against him resulting in serious damage to Ilic’s mental health.

In 2011, Ilic was among the first to find 18-year-old Tayor Van Diest beaten and strangled near railroad tracks in Armstrong, B.C.

The teen would later die from her injuries and at the resulting murder trial, an allegation surfaced that Ilic had thrown a bottle of liquor out of his pocket at the scene.

Ilic said originally, and repeated on the stand Monday, that he had nothing to do with a liquor bottle found in the area, and what he had tossed that night was a box of pens.

Ilic described tossing the pens so he could use his jacket to cover the injured teen and try to keep her warm.

However, in March 2014, after he testified at the murder trial, Ilic was questioned by two senior officers about the liquor bottle, which left him gutted.

“I told them the truth and they came after my integrity,” Ilic said.

Ilic testified that he wondered at the time if he was getting the blame for the police not having done more testing on the bottle during the murder investigation.

Ilic’s lawyer is also taking issue with the way the interview by senior officers was conducted.

Ilic was allegedly not given the appropriate warnings or provided with the opportunity to consult with a staff representative.

In court documents, the defendants say Ilic was not under investigation at that point so no warning was needed and he never asked to talk to a staff rep.

Ultimately, Ilic’s denials about the liquor bottle lead to allegations that he had lied on the stand and to senior officers and a police code of conduct investigation was launched.

Ilic argues that the way the whole process was handled ended up seriously harming his mental health.

“While the RCMP are entitled to a code of conduct investigation, such investigation must be conducted in an objective, bonafide and expedient basis. The RCMP owe a duty of care to anyone they investigate let alone a member being investigated internally,” Ilic’s lawyer said.

“The process endured by Const. Ilic… [was] rife with violations of and breaches of the RCMP administrative manuals and core values of the RCMP, which caused a serious and foreseeable decline in his mental health.”

The civil trial is expected to last for weeks and include testimony from Taylor Van Diest’s mother and other RCMP officers.