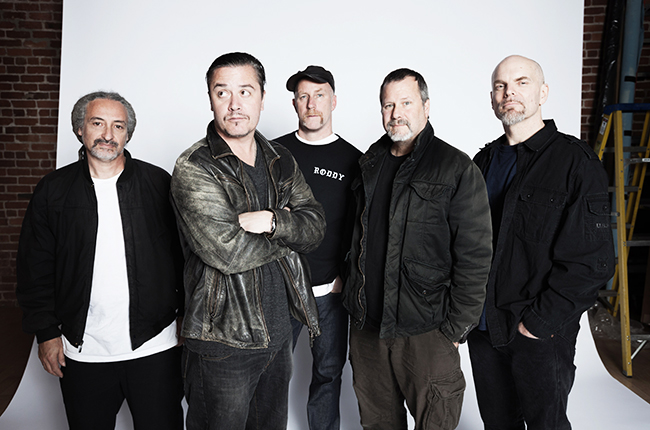 Veteran alternative rock outfit Faith No More won’t be making the trip to the U.K., Europe and to the lands Down Under next year, as planned, due to “current challenges.”

The Mike Patton-led outfit was booked for seven shows across Australia and New Zealand, kicking off Feb. 10, 2022 at Christchurch Arena, and wrapping Feb. 23 at Perth’s RAC Arena.

The tour was then scheduled to roam around the U.K. and Europe for the northern summer, opening June 7 at Scotland’s Glasgow Academy and coming to a halt July 9 at NOS Alive in Lisbon, Portugal.

However, all shows have been canceled due to the pandemic.

An update from the FNM camp reads, “Unfortunately, due to our current challenges, we aren’t going to be ready to perform for the upcoming Australian, New Zealand and European tours. To play at anything less than 100% after so long is not an option for us. We apologize to all of you ticket holders, and are forever grateful to our fans for your support and understanding.”

It’s further disappointment for the band and its legion of fans, coming just two months after the “Epic” rockers scrapped their entire North America trek.

On Sept. 14, the San Francisco act announced the cancelation of its September and October tour dates. “We have a family member who needs help,” read a statement at the time. “We believe that forging ahead with these dates would have had a profoundly destructive effect on Mike, whose value to use as a brother means more to us than his job as a singer.”

FNM’s band members were “back to top form,” the statement continued, and keen to hit the road for the first time in five years.

The three-time Grammy-nominated outfit has released seven studio albums, but only one of those has come in the last quarter century, 2015’s Sol Invictus, which hit No. 15 on the Billboard 200 chart.