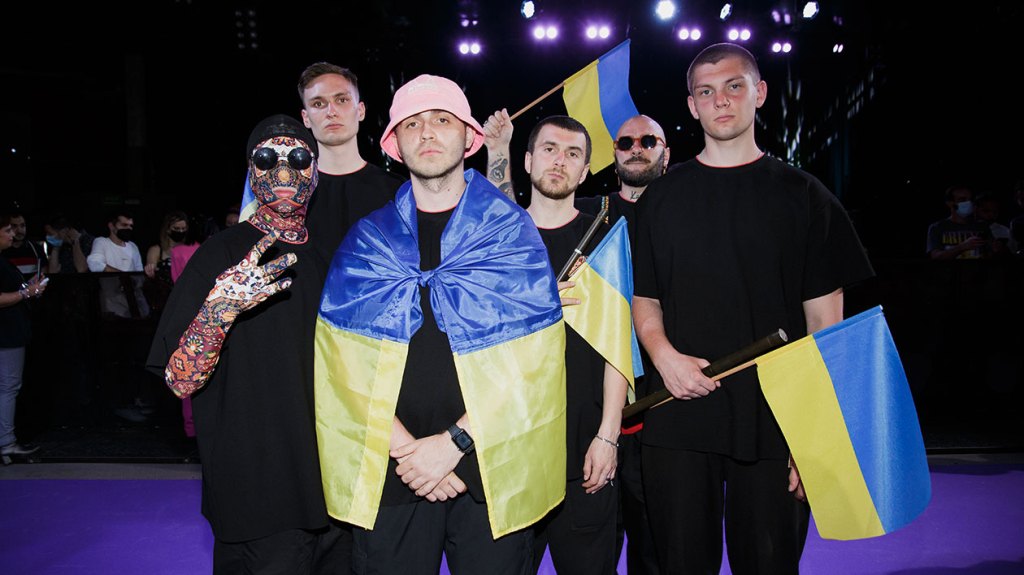 The Eurovision Song Contest returned for its 2022 edition and, a week after its May 14 finale, a slew of songs that competed impacts the global charts. In total, five Eurovision titles debut on the Billboard Global Excl. U.S. tally, and another re-enters.

Ukraine’s Kalush won the continental competition with “Stefania” and debuts at No. 39, while hitting No. 85 on the Billboard Global 200. The uplifting ballad drew 18.6 million streams and sold 6,500 downloads worldwide in the week ending May 19, according to Luminate.

And while Kalush scores the biggest debut of the Eurovision songs on the Global 200, the U.K.’s Sam Ryder gets the highest start on the Global Excl. U.S. chart, as “Space Man” lifts off at Nos. 93 and 37, respectively. Its robust sum of 24,300 downloads sold makes it the third-best selling song of the week worldwide, behind Kenshi Yonezu’s “M87” (43,400 sold) and, just barely, Morgan Wallen’s “You Proof” (24,300, when rounded off).

Chanel, from Spain, is the only other finalist to debut on both charts, arriving on the Global Excl. U.S. chart at No. 79 and on the Global 200 at No. 151 with “Slomo.” Cornelia Jakobs (Sweden) debuts on the former chart at No. 132 with “Hold Me Closer” and Subwoofer (Norway) debuts at No. 165 with the absurdist pop-comedy ditty “Give That Wolf A Banana.”

Mahmood & Blanco, representing Italy, spent six weeks on the Global Excl. U.S. chart earlier this year with “Brividi,” which won the country’s Sanremo qualifying competition. It reached No. 7 on the Feb. 19-dated tally and No. 15 on the same week’s Global 200. In the wake of the final contest, it returns to the former list at No. 194.

The six charting songs average 98 percent of their streams from outside the U.S., with four of them hitting the top 10 of their respective Hits of the World chart. (There are no Ukraine Songs or Italy Songs chart). The seven Eurovision songs from the 2021 edition averaged the same 98 percent share, back when Maneskin’s “Zitti E Buoni” was named the winner and surged to No. 11 on the June 5, 2021-dated Excl. U.S. survey.

And right on time, the Italian rock band returns to the global charts, debuting “Supermodel” at No. 70 on the Global Excl. U.S. chart and No. 114 on the Global 200. The new track debuts with much different context than the quartet’s Eurovision-winning song from last year. While “Zitti E Buoni” was the band’s first global entry, spurred by curiosity streams and TV-adjacent buzz, the group has since hit the top 10 with “I Wanna Be Your Slave” and the top five with “Beggin.” “Supermodel” is the band’s sixth song to hit the Global Excl. U.S. chart, laying out quite a roadmap for Kalush, Ryder and all Eurovision finalists.