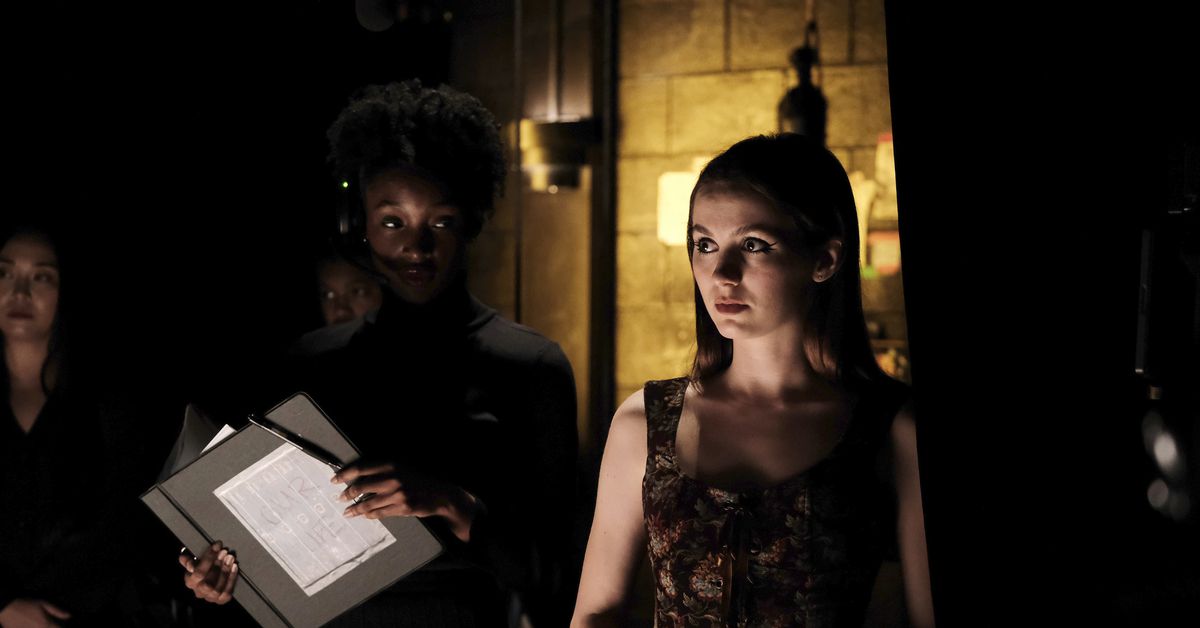 After weeks of being heralded as Boring Girl representation, Euphoria finally gave Maude Apatow’s Lexi her moment in the spotlight. It was, quite literally, by her own design: Throughout season 2, she’s been writing a play based on her life, and in episode 7 it became a full-fledged, very well-funded production. And while Lexi was most concerned with how her sister would receive it, the splash radius was actually much wider, considering most main characters were the inspiration for her very lightly fictionalized performance.

With “The Theater and It’s Double,” Euphoria joins the grand tradition of staging a play within another medium in order to understand what the characters have been through. It’s a convention that traces its roots back pretty far — Hamlet, notably, used the trope to make villains confront their deeds — but it’s made for some pretty fantastic moments of TV as well (see: The Simpsons’ recreation of Hamlet). Euphoria wrings the convention for all it’s got.

After all, the show is just as prone to emulate high art as it is to translate itself into incomprehensible choices, like Kat neglecting her boyfriend until he breaks up with her. There’s a case to be made for high school being the scene of so many fitful, nonlinear transformations. But more than any Twitter thread or artist’s statement, a staged reenactment of events (on stage or otherwise) manages to capture both the narrative wrinkle all while ironing out some of the awkwardness around it. See: Avatar: The Last Airbender’s “The Ember Island Players,” a virtual clipshow of the entire series reinterpreted by the autocratic Fire Nation, finally elucidating for the audience what we were supposed to think happened to Jet at the end of season 2. “You know, it was really unclear,” Sokka shrugs.

Perhaps most importantly, the play-within-another-thing is a way of having characters relive and process their feelings that doesn’t involve an inane therapist edging them to the fissions in their psyche only to go “that’s our time.” There’s beauty in watching a reaction overwhelm someone in real time, whether it’s Abed’s father watching his son’s art film about the divorce in Community, or Ted Mosby in How I Met Your Mother struggling to process his complicated feelings about his fianceé leaving him getting turned into someone else’s rom-com. It tells us something deeper about how both these people shaped and were shaped by their relationship.

In Euphoria’s “The Theater and It’s Double,” these moments are largely wordless, at least to the audience. We’re not privy to the whispering between Maddy and Kat. People mostly process in isolation, but it’s telling how they check in with each other — Rue takes most of the revealing stories Lexi shares about their friendship in stride, but often scans the crowd for Jules or Nate’s reaction.

Euphoria has gotten mileage out of shifting perspectives before, albeit with a limited vantage point. After a full season of Rue’s droll narration sharing the stories of those around her, Jules’ special episode uniquely gave her the reins to tell her own story. Within her episode, her dreams and fears slipped between one scene and the next. In this week’s episode, Lexi gets the same treatment, with writer-director Sam Levinson letting Lexi’s attention flow between her on-stage recollections and the past they contain to her very present concerns.

Cassie is, in a way, a major part of both of those things. She’s also perhaps the character most caught up in the frenzy of Euphoria’s forward momentum, unwilling or unable to own up to choosing to sleep with her best friend’s ex. Unsurprisingly, her consideration is mostly with Nate during the performance, and how he is processing this vantage point on her life. But during a staged father-daughter dance with her character, Cassie also looks to her mom, who doesn’t seem to even think of looking back. Instead, Cassie tears up and shoves the moment down on her own.

The sheer impracticality of writing and staging a play to get through to your sister only adds to the sweetness of the whole thing. Euphoria has been constantly plagued by pointless questions of “realism,” and “The Theater” pointedly does away with that, as the sheer production value of (a student-written!) play gives way to rotating sets and a massive, homoerotic musical number. As the crowd gives a standing ovation for the number, freshly-dumped Cassie fumes from the hallway, while Fezco’s fate is left somewhere past the ellipses of “To be continued…” The whole episode is indulgent and theatrical, and it’s exactly the sort of reflection Euphoria should pull more often.