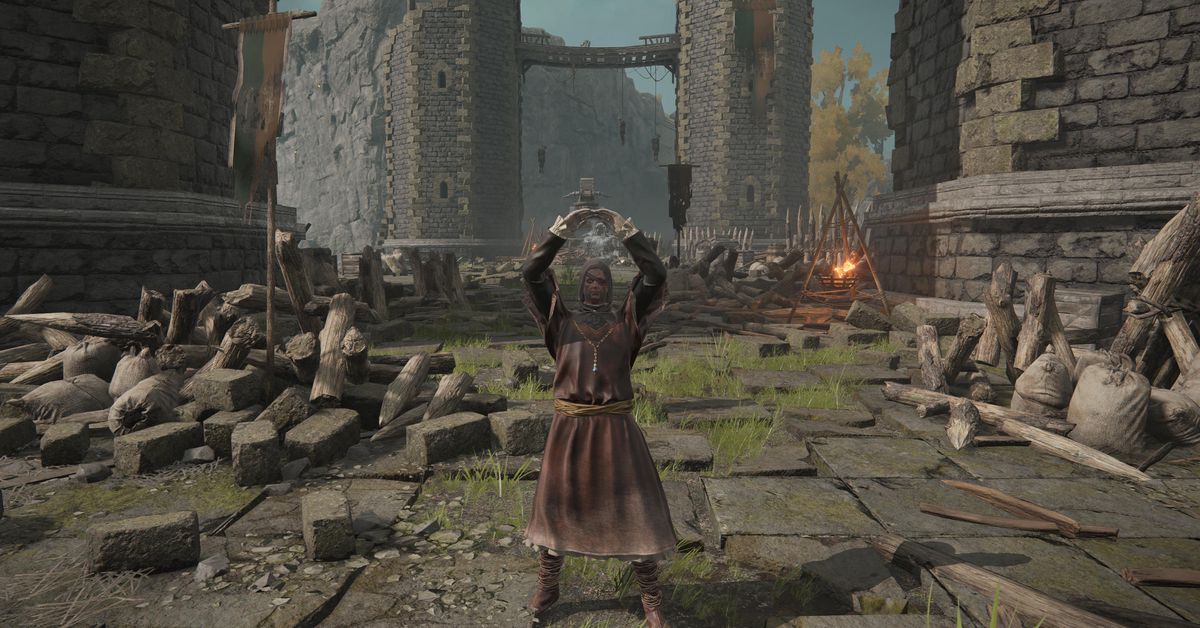 Soulsborne games have long inspired speedrunners to find new, inventive ways of beating them as quickly as possible. Elden Ring is no exception, and speedrunners have been finding faster and faster ways to victory. Streamer Distortion2 is one such runner, who posted to YouTube what appears to be a sub-19-minute run of the massive, difficult game.

This is an Any% run, which means glitches and other tricks are fair play. The 18:57 speedrun was accomplished on the old 1.02 patch of the game which allows for “use of force quits and the ‘zipping’ glitch,” Distortion2 wrote in the comments section of the YouTube video. (This includes, for example, the “Volcano Warp” that allows the player to zip to Volcano Manor, a later-game location.)

Distortion2 uses a combination of exploits and sheer skill in the course of their run. They jump off the edge of cliffs to their death, before glitching to travel to other locations. Once there, they run across ledges and shortcuts using expert platforming, as well as darting past mobs to loot specific items and grab upgrades. Prior to this new record, it took the runner 15 hours of attempts and “countless failed runs,” Distortion2 wrote in the comment, in order to finally achieve this one.

Since the game was released, runners have been finding new ways to beat the game in record time. Just two weeks ago, Distortion2 posted a sub-30-minute speedrun. The game has only been out for just over a month — many other types of speedruns are surely yet to come.