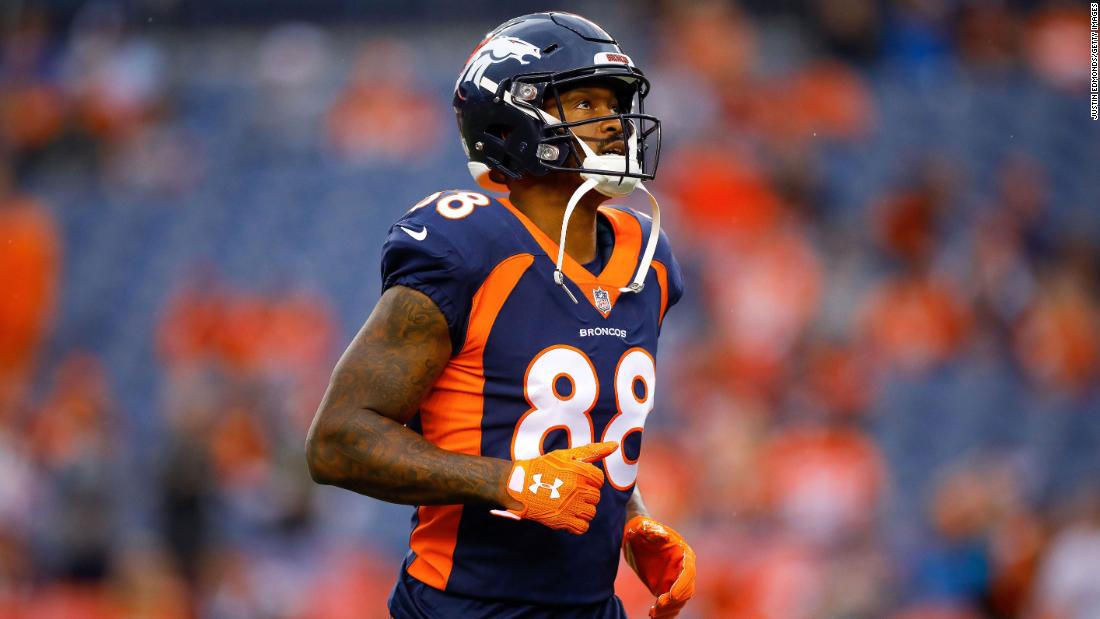 Based on preliminary information, his death stemmed from a medical issue, Officer Tim Lupo of the Roswell Police Department said in an email to CNN.

“We are devastated and completely heartbroken,” the Broncos said in a statement. “Demaryius’ humility, warmth, kindness and infectious smile will always be remembered by those who knew him and loved him.”
The NFL issued a statement saying, “The NFL family mourns the tragic loss of Demaryius Thomas and we extend our deepest condolences to his family and loved ones.”
Hall of Fame quarterback Peyton Manning, who played four seasons with Thomas in Denver, said the wide receiver was a better person than he was a player.
“He treated my kids like they were his own,” he said in a statement released by the Broncos. “He was there for every teammate’s charity event. I texted with D.T. on Tuesday. He was talking about a TD audible we called vs. Arizona in 2014. Absolutely devasted.”

Thomas was born in Montrose, Georgia. After a standout collegiate career at Georgia Tech, Thomas was the first wide receiver selected in the 2010 NFL Draft, going No. 22 in the first round to the Broncos.

Thomas spent the majority of his NFL career with Denver, winning two AFC championships and Super Bowl 50. He was a four-time Pro Bowl selection and is second all-time in Broncos history in receiving yards.

Thomas was traded to the Houston Texans during the 2018 season and later finished his career with the New York Jets. He announced his retirement from the NFL in June.

The two had been arrested together on drug charges when Thomas was only 11 years old, according to the Denver Broncos official website.

During the Super Bowl 50 celebration at the White House, Thomas passed the President a note thanking him for his mother’s release and spoke to him about his grandmother too, according to The Denver Post. Obama commuted the sentence of hundreds of nonviolent drug offenders during his time in office.

“I just found out right when I came in from weights,” Thomas told The Post. “I had no idea. I was surprised. I was excited, too, it came this early. I heard 200-plus people get to have a second chance, and for my grandmother to be one of them, it’s a blessing.”

Correction: This story has been updated to reflect the number of times Thomas was selected for the Pro Bowl. It was four.