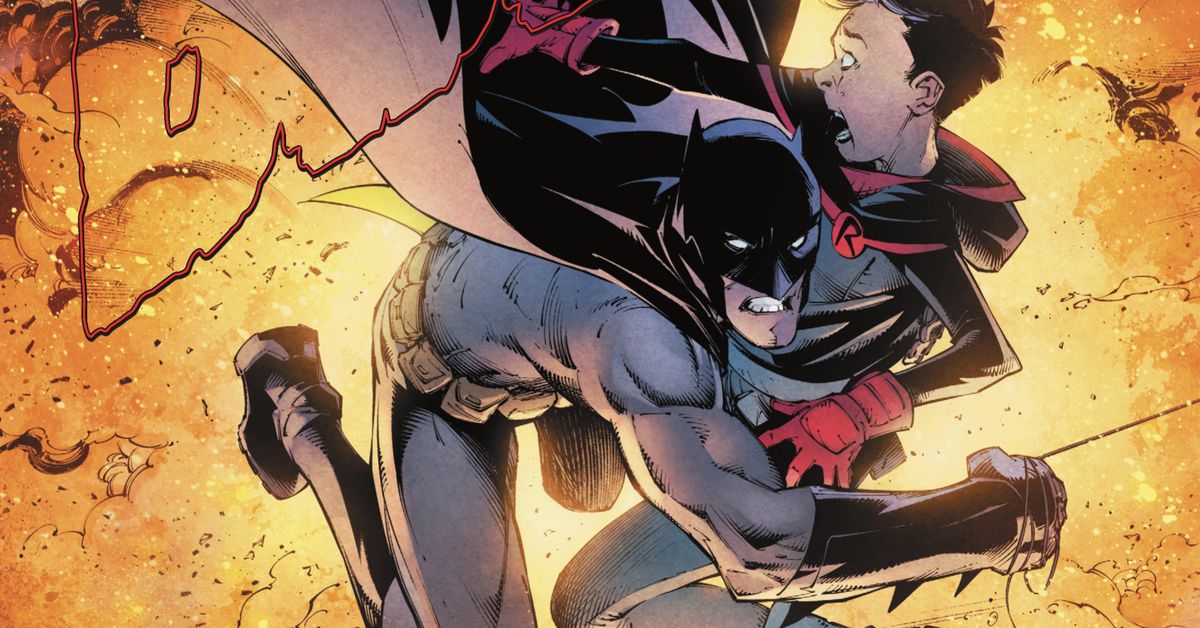 This week, writer Joshua Williamson kicked off the Shadow War crossover event (told in the pages of Deathstroke, Robin, and Batman) with the assassination of Ra’s al Ghul.

You see, Ra’s realized that he’d been poisoned by all of his Lazarus Pit use, and decided to turn himself in and share his vast alchemical knowledge for the world’s betterment. But in the speech where he announced this, someone dressed as Deathstroke put a bullet through Ra’s’ head and then vaporized his body with a grenade. Now, thanks to all this fishy business, Deathstroke’s on the run from every assassin Talia Head can muster. And she’s the head of the League of Shadows, so that’s a lot. It’s up to Batman to keep Deathstroke from dying and find the actual killer at the same time.

It’s a pretty typical beginning for a crossover, including a shocking death that you have a good feeling is all smokescreen — and yet, I can’t be mad at it, because Shadow War: Alpha was simply a fun read.

What else is happening in the pages of our favorite comics? We’ll tell you. Welcome to Monday Funnies, Polygon’s weekly list of the books that our comics editor enjoyed this past week. It’s part society pages of superhero lives, part reading recommendations, part “look at this cool art.” There may be some spoilers. There may not be enough context. But there will be great comics. (And if you missed the last edition, read this.)

Everybody knows that Batman’s family is dead, and that he’s built himself a new one of orphans and friends. And Shadow War: Alpha reminds us that Batman has another, problematic family of international terrorists, through his biological son, Damian, whose mother is Talia Head.

I’ve enjoyed Williamson’s recent work with Damian in Robin, which felt like a comic about a young teen that was actually for young teens. And what elevates this Shadow War opener from its comic-booky twists is that the emotional through-line of the story is clear: This is about about Damian’s complicated feelings of admiration and disappointment in basically every parental figure he’s ever had.

Speaking of twists, Immortal X-Men #1 has just about the greatest final page reveal I’ve read all year, in which we see that Mister Sinister has been making clones of Moira MacTaggert in order to use her timeline-reincarnation power as his own personal reset-button-slash-magic-8-ball. It’s both absolutely deranged, and the obvious thing Sinister would do.

Something is Killing the Children is back with a new arc and it’s still great. The setting has moved out of the “everytown” of Archer’s Peak to the American South West, and artist Werther Dell’edera and colorist Miquel Muerto milk the new desert setting for all it’s worth. Just look at that sunset.

This is just to say that Newburn is also a great comic. Chip Zdarsky and Jacob Phillips’ short crime anthology about a private eye who only works for mobsters has not failed to deliver a little chunk of satisfying story every issue.

And finally: Step by Bloody Step is still a stunning comic. Can’t wait to see even more of this world. No notes.