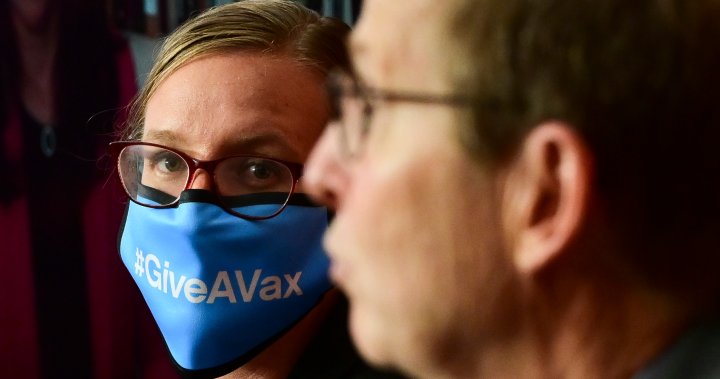 Public opinion has made a “significant” shift as to whether Canada should focus on getting COVID-19 vaccines to other countries, a new poll suggests.

On Wednesday, the Angus Reid Institute released new data that suggests for the first time, the leading answer on the topic was in favour of sending doses outside the country’s borders.

“That represents a significant change in the opinions of Canadians from the summer, when seven-in-ten (72 per cent) opposed sharing vaccines globally until vaccinations here were complete,” the non-profit group said in a release.

Millions of COVID-19 vaccines shared by rich countries went to waste. Why?

The World Health Organization has urged rich countries with large supplies of vaccine to not offer booster shots and instead make those doses available for poorer countries, warning more variants are bound to be detected where vaccination rates are lower.

“Wealthier countries are beginning to administer third and fourth doses, as nearly 40 per cent of the world’s population has yet to receive a single dose of COVID-19 vaccine,” the institute said, “including many in Africa, where Omicron was first identified.”

2:12
WHO asks for more doses to be sent to poorer nations amid global vaccine inequities

WHO asks for more doses to be sent to poorer nations amid global vaccine inequities – Dec 1, 2021

The poll also reported that more Canadians are starting to believe a COVID-19 infection would be “like a case of the flu.”

Asked how serious would contracting the virus be for them personally, 49 per cent said they would have serious but manageable symptoms, while 36 per cent said their infection would be mild.

“These data stand against a backdrop of warnings from many health experts that though Omicron may be causing less severe outcomes than the previous Delta variant, it should not be referred to as mild,” the report said.

Those who had COVID-19 and are vaccinated have best protection, study finds

About 12 per cent of Canadians worry that if they were infected, they would have to be hospitalized.

For comparison, in both the summer and winter of 2020, nearly three times as many said that contracting COVID-19 would have serious consequences.

Ninety-four per cent of unvaccinated respondents said they believe a COVID-19 infection for them would be mild or manageable.

Free to the world, a new COVID vaccine could help immunize low-income countries

– with a file from Reuters