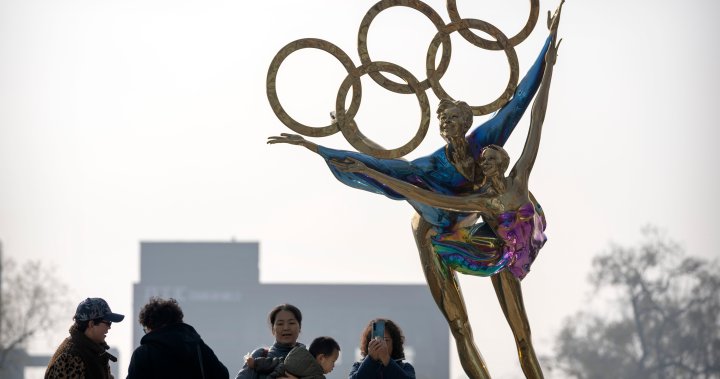 A government report on Chinese espionage activities in Canada accuses Beijing of engaging in a “systematic campaign of intelligence-gathering, persuasion, influence, and manipulation” against the Chinese community.

In the report obtained by Global News, Canadian officials alleged the Overseas Chinese Affairs Office was tasked with “influencing or manipulating” community members, and using “coercive tactics” against dissidents and minorities.

“This involves intimidation of OC (Overseas Chinese) at every level of society,” the report said.

“The managing of their behaviour is accomplished through incentive or disincentive, as well as intelligence-gathering, surveillance, and subversion against OC communities.”

A remarkably candid overview of Chinese intelligence activities, the report was disclosed during a recent court case involving a former Overseas Chinese Affairs Office (OCAO) employee who attempted to immigrate to Canada.

While China has been widely accused of targeting the diaspora, particularly pro-Taiwan and democracy activists, as well as Uyghurs and Falun Gong practitioners, it is rare for the Canadian government’s take on such activities to be made public.

China claims the OCAO is responsible for Chinese citizens living abroad but the Canadian report makes the case that it “engages in espionage” and “is known to operate in Canada.”

“The OCAO is involved in covert action and coercion against OC communities and other minorities around the world by targeting Chinese dissidents overseas, and engaging in intelligence gathering on OC and their activities,” it said.

“The OCAO works to undermine individuals identified as threats to the CPC (Communist Party of China), and it organizes and monitors ‘overseas Chinese business, student, cultural, media, and political networks.’”

Following release of Michael Kovrig and Michael Spavor, Canada could get tougher on China: experts

Written by the Canada Border Services Agency’s security screening branch, the March 2020 report is a rare look at Canada’s official assessment of Chinese espionage and foreign influence activities in the country and around the world.

The court ruled the immigration officer who processed his case had “reasonably determined” there were “reasonable grounds to believe that information gathering was taking place in Canada against overseas Chinese communities.”

Zhang’s lawyer Jacqueline Bonisteel said her client was never alleged to have personally engaged in espionage. Rather, he was alleged to have been a low-level member of an organization that Canada accused of espionage, she said.

“He had no personal involvement, he is not a spy,” the lawyer said.

The Federal Court said he was a computer technician at OCAO between 1984 and 2002, at which time he moved to an administrative position. He was a “chief staff member” when he retired in 2004, it said.

Neither OCAO nor the Chinese embassy could be reached for comment.

12:21
Canada needs to play a part in world security: Joly

Mehmet Tohti, a Uyghur Community leader in Ottawa, said the details of the CBSA report, and the judge’s ruling, were accurate and spoke to the espionage and foreign interference threats in Canada.

He alleged he was among those targeted.

Hours before he was to testify before a Parliamentary committee on China in July 2020, he said he received a message saying his mother was “dead.” Uyghur rallies in Toronto have also attracted counter-protests that he suspects were orchestrated by the overseas affairs office.

“The Chinese government has spent huge resources in supporting those Overseas Affairs organizations in Canada and elsewhere,” the activist said.

“These groups are very well-funded in Beijing to undermine democracy and freedom in Canada. This is a very well-founded decision and it should be applied throughout all federal government agencies, to prevent spying and surveillance, and the protect the safety and well-being of Canadians.”

In the report, which quoted the U.S. government, academic journals and news accounts, the CBSA called the Chinese intelligence services among the most active in the world, and said they were evolving and “becoming more aggressive.”

“Although estimates on the number of spies vary, it has been reported that ‘China can rightly claim to have the world’s largest, most amorphous, but also most active intelligence sector … as any Chinese, especially those from China, from student to CEO, are potential active intelligence assets,’” the CBSA report said.

The report said China’s communist party was preoccupied with “the elimination of rival discourse or potential threats among OC groups that are critical of the regime, or that challenge its hold on power.”

“To mitigate these threats, the CPC replies on the OCAO, which has established ‘attachments in PRC [Peoples Republic of China] embassies, consulates, and representative agencies in almost every country to personally liaise with local OC communities.”

OCAO “focuses on the elimination of threats to the regime, such as those promoting Taiwan’s independence. Similarly, OCAO is known to coordinate anti-Falun Gong efforts overseas,” it said.

OCAO “identifies enemies of the PRC, monitors diaspora, manipulates organizations, and is involved in covert intelligence gathering. The OCAO is focused on the elimination of threats to the regime and it seeks to undermine those threats in the countries in which it operates.”

Former Conservative MP Kenny Chiu said the Chinese communist party “considers overseas Chinese as an asset to be selfishly used through manipulation and control for advancing their interests.”

Chui, who lost his Richmond, B.C., seat in the last federal election following what he alleged were attacks from Chinese communist party operatives, said Canada was not doing enough to fight foreign interference.

“The result is that ironically, in a multicultural society like Canada, many communities may prioritize their priorities more aligning with these foreign states, rather than what is critical for themselves and their families living here.”