Canada’s Huawei decision was ‘picking up momentum’ 2 years ago. So what is happening? – National 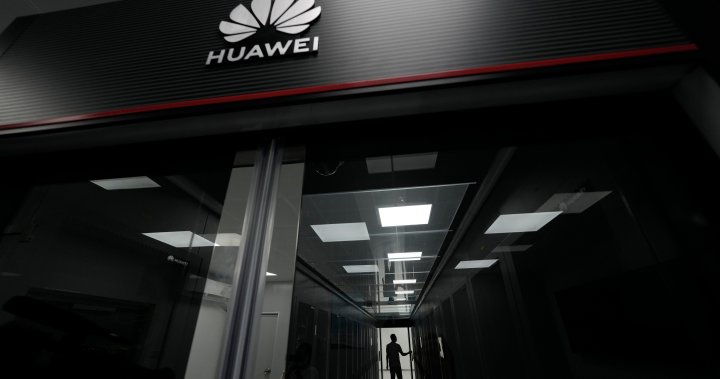 Records provided through access to information law show that Canadian officials wondered whether the U.S. response marked “a quiet resignation” that increasingly intense efforts to get American allies to ban the Chinese firm appeared to have failed. At the same time, officials were noting that the decision-making process in Canada was “picking up momentum.”

But nearly two years later, Canadians are still waiting for a decision.

“From the (U.S.) Administration, public reactions were surprisingly limited given their significant advocacy efforts and the concerns raised,” wrote one diplomat, working at the Canadian embassy in Washington, D.C., in a memo to government officials on Jan. 29, 2020.

The memo suggested a number of possible reasons for the “muted response,” including a pending afternoon meeting when U.S. President Donald Trump and U.K. Prime Minister Boris Johnson were set to speak. Another suggestion for the response related it to a trip scheduled to the U.K. by Mike Pompeo, then the U.S. secretary of state.

“But it could also have been a quiet resignation that [their] advocacy efforts were not successful.”

The U.K. decision to allow Huawei partial access to the country’s 5G network came despite heavy global pressure by American officials to ban Huawei. They frequently cited concerns the company could use technological backdoors to spy if ordered to do so by Beijing.

British media reported on additional political pressure from American leaders, which culminated in stricter restrictions against Huawei in July 2020. But British officials cited new security concerns from its signals intelligence agency, GCHQ, for that policy reversal.

The same month, the U.K. reversed the partial approval with a vow to purge Huawei from British 5G networks by the end of 2027, and banning U.K. telecom providers buying Huawei gear after the end of 2020.

That reversal moved the U.K. into line with the U.S., Australia and New Zealand, which have all banned or restricted Huawei access into their 5G networks.

The documents obtained by Global News do not extend to July 2020 or provide any insight on Canadian assessments of the British shift.

But they do show that officials, including the Canadian high commissioner to the U.K. as well as Canadian Forces intelligence officials and Communications Security Establishment staff, were working to understand the U.K. partial ban, and the American response.

The Liberal government originally suggested they would make their decision before the 2019 election — only to delay that decision for more than two years. It’s not clear what is causing that delay.

Reuters reported in August 2020 that six sources directly familiar with the government approach said Canada was effectively blocking the firm by not offering an official decision. The sources believed that strategy would force Canadian telecom companies to find alternatives.

But a source told Global News that Huawei continued to sell network equipment in Canada while Ottawa mulled over a ban.

COMMENTARY: It just got a lot easier for Ottawa to say ‘no’ to Huawei

At the time, Canada was still embroiled in a legal and diplomatic standstill with Beijing over its arbitrary detention of two Canadians.

Michael Kovrig and Michael Spavor were released from Chinese prisons this summer after American authorities reached a deferred prosecution agreement with Huawei that effectively resulted in freeing its CFO, Meng Wanzhou.

Meng had been held on house arrest in Vancouver, since Canadian authorities detained her in December 2019 at the behest of American authorities, just days before China seized Kovrig and Spavor in what has been widely viewed as retaliation for the arrest of Meng.

Concerns about the safety of “the two Michaels,” as they came to be known, have been frequently been cited as a key factor in the government’s refusal to issue a formal decision on whether to ban Huawei from Canadian 5G networks.

With both Kovrig and Spavor free, speculation is now growing that the government could move on a decision shortly. Innovation Minister Francois-Philippe Champagne has told The Canadian Press that the government only wants to deal with “trusted allies” on future high-tech ventures.

Champagne said in that interview he expected a decision would come within weeks of Parliament’s return, which followed a five-month break for the summer and then the federal election. A government official told Global News Tuesday that timeline has not changed.

Chinese ambassador Cong Peiwu told the National Post on Monday that banning Huawei without concrete — and public — evidence that the telecom is a security risk could, in turn, risk Chinese investment in Canada.

“It will be sending a dangerous and alarming message,” Cong told the newspaper.

While the federal government delayed the decision, Canada’s big three telecommunications companies, Bell, Telus and Rogers, independently announced they would not move forward with Huawei technology in their 5G networks.

But Huawei equipment is already used by Bell and Telus in their existing networks. That means a federal government full or partial ban could have significant impact on the operations of those telecoms — potentially leading to calls for federal compensation.

Bell and Telus did not immediately respond to Global’s request for comment Tuesday.

READ MORE: There’s no clear proof 5G or cellphones cause cancer. Here’s why some still worry

Alykhan Velshi, Huawei Canada’s vice president of corporate affairs, told Global News Tuesday the company would “not comment on hypotheticals” when it came to the federal government’s pending decision.

But Velshi noted that Huawei’s business in Canada extends beyond network equipment, and the company remains committed to its Canadian operations.

“For as long as Huawei’s equipment forms an important part of Canada’s telecommunications network, we stand ready to continue serving our customers,” Velshi said.

Government officials would not confirm a timeline on Monday for a decision on whether to ban Huawei.

A spokesperson for Defence Minister Anita Anand, who has authority over the Communications Security Establishment, pointed to past government statements that a decision will be made “in the near future.”

Prime Minister Justin Trudeau said on Sept. 28 that one would be made “within the coming weeks.”

How to Watch ‘Selena + Chef’ Season 4 on HBO Max – Billboard

How to Watch ‘Selena + Chef’ Season 4 on HBO Max – Billboard