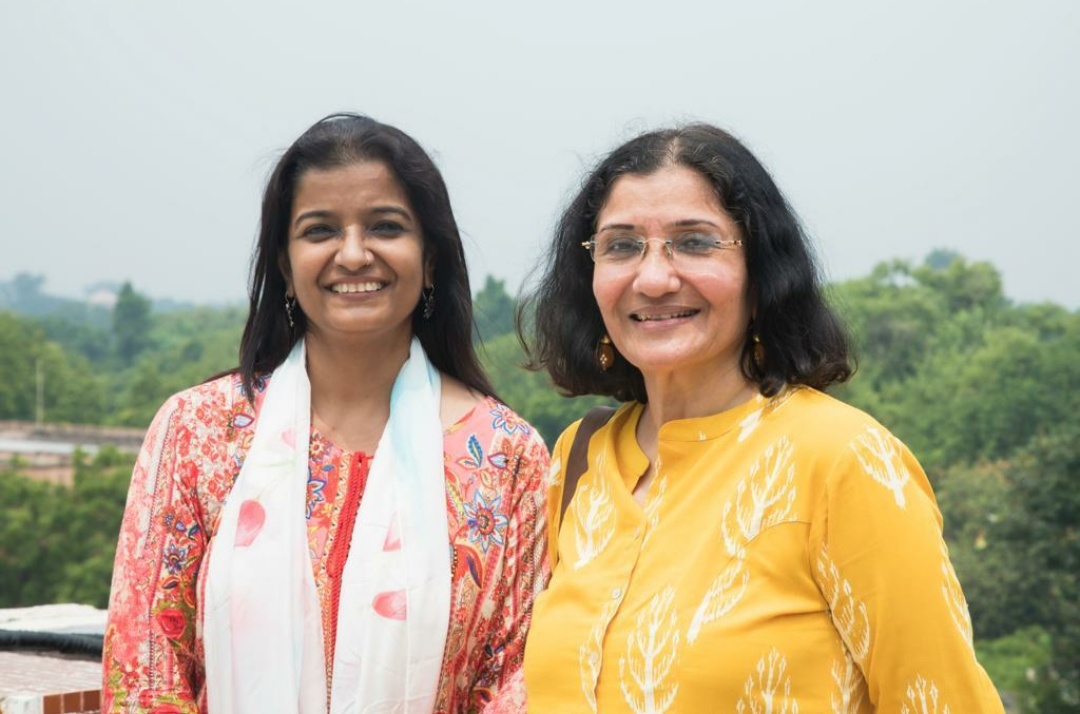 NEW DELHI, India, Dec 10 (IPS) – Discriminated in society and concerned about the discrimination of women in their homes, the two women who co-founded the Bhartiya Muslim Mahila Andolan (BMMA) started the movement to further Muslim women’s leadership and help them reclaim their rights.

In an exclusive interview with IPS, Dr Noorjehan Safia Niaz and Zakia Soman say they started the BMMA or the Indian Muslim Women’s Movement to address communal tensions and prejudice within India and the inherent patriarchal prejudices faced within their homes and beyond.

Both Niaz and Soman say the ‘communal’ tensions, parlance for prejudice and violence against the Muslim minority in India, shaped their understandings of gender and identity. This led them to stand firmly on principles of gender justice and reforms – leading to the formation of BMMA. Since 2007 this movement has grown to more than 50,000 women.

Soman says she became conscious of her Muslim identity while interacting with women survivors of the Gujarat riots in 2002 in Ahmedabad. During these riots, many Muslim women were singled out and subjected to sexual violence.

“Gujarat riots were preceded by 9/11 (the attack on the World Trade Centre in New York in 2001) and the so-called war on terror. I felt a huge burden of my identity. My Muslim name invoked curiosity wherever I went,” Soman says.

She realised she was not alone, and many Muslim women shared her feelings.

“On the one hand, there was communalism and communal violence coupled with state neglect. On the other hand, we faced discrimination at home and within the family, wrongly in the name of religion.”

Soman says she was in an “abusive relationship”, and she and other Muslim women “decided to join hands and take charge of our situation.”

The BMMA was born out of these sentiments to change a communal, patriarchal world.

For Niaz, the journey began in 1992, just after Babri Masjid, a mosque in Ayodhya, was demolished. What followed was communal violence across the country. Eighteen Muslims were murdered in Ayodhya following the demolition and houses and shops torched. Across the country, including in Mumbai, around 2,000 people were killed.

This communal violence and insecurity were the reasons Muslim women emerged as community leaders, she said.

“By this time, there was also a deeper understanding of all issues, especially of the core basic need for education, livelihood, health, security,” Niaz says. “Additionally, we also had seen from close quarters the legal discrimination that Muslim women faced because of lack of a codified Muslim family law.”

This became the core demand of the  BMMA because “we knew that if we don’t demand it, nobody else will. ‘Our Struggle, Our Leadership’ became our slogan. Muslim women must lead based on the values of the Holy Quran and the Indian Constitution. (She must) demand her rights which emanate from her religion and her identity as a citizen of this country,” Niaz says in an exclusive interview with IPS.

“Zakia approached me with the idea of a national platform, and that is how it all began. We worked for two years on the vision, mission, objectives, values and principles that would govern the movement, with other women leaders,” she said.

After speaking to other Muslim women leaders in various states and after two years of deliberations, in 2007, BMMA was formally launched.

Since its formation, BMMA has been leading change from within on various fronts.

Soman and Niaz recall the various victories and associate these with the relentless struggle of the members who continued to fight for their rights despite little to no resources and often felt the community’s ire for “daring to demand their rights’.

One such victory was the Haji Ali judgement which reversed a prohibition of women’s entry into the sanctum sanctorum of the religious shrine, Dargah/Shrine. BMMA had filed the Public Interest Litigation or PIL to stop the discriminatory practice. It was a victory endorsed by the Supreme Court of India and paved the way for women from other communities to demand the end of discrimination at religious places.

Another significant achievement was the filing of a PIL against triple divorce, polygamy and halala. The BMMA was a significant group that had the practice of triple divorce, a method where Muslim men could divorce their wives by merely pronouncing the term ‘Talaaq’ or divorce, thrice to them, abolished in 2019.

Forming Darul-Uloom-e-Niswaan and training 20 women to become qazis or religious scholars is a first in India and considered by both as a major achievement.

“Some of the women whom we have trained have even performed Nikahs (religious weddings), challenging patriarchal norms,” adds Niaz.

Despite the resource crunch and criticism, the leaders in the states and members continue to work with the most marginalised women, addressing issues ranging from applying scholarship schemes for their children and training them in livelihood skills to empowering them with information on Constitutional and Quranic rights

Most of the leaders run centres from their homes, many in poor ghettos to reach those in most need.

The movement and its leaders have been criticised for addressing women’s rights when Islamophobia and communal violence are on the rise.

Change and reform are slow and require continuous efforts and support from the larger community and progressive forces, according to Soman.

“It is not easy to take on the patriarchal religious establishment that has ruled over the community mindsets for decades. Neither is it easy to fight a discriminatory communal order in the face of state apathy,” says Soman.

“I do not care about the opinions of vested interests. I am satisfied when I look at how dozens of the riot survivor women have turned out to be fiery activists in the last two decades,” Soman says. BMMA has created leaders across the country.

“These women were voiceless in the cacophony of conservative men of religion. (The leaders) have now shown the whole world that gender justice is intrinsic to Islam. They have changed the perception about their religion in the eyes of ordinary Indians,” she says.

The path chosen was never easy. They were asked why the State should be involved in matters of shariah. They were insulted and called stooges of the right-right-wing Hindutva. This criticism came from both religious groups and the so-called secular-liberal feminists

With the additional challenge of COVID-19, Niaz is confident that the path chosen is the right one.

“Amid the heightened Islamophobia, lynchings and open calls for annihilating the community by the state and state-backed Hindutva forces, how can BMMA continue to speak for family law reforms in favour of Muslim women,” they were asked

“Because if we don’t continue to speak and highlight the issue, nobody else will.”

The two women and the leaders from the Indian states, bound by shared objectives of empowering and uplifting Muslim women, find strength in each other. Niaz reflects on this relationship.

“We bond with each other within BMMA. I would like to believe we are soul-mates born with a common divinely sanctioned purpose. Just being with each other, talking to each other gives us strength.”