#Bendergate is over: Futurama will be returning with John DiMaggio 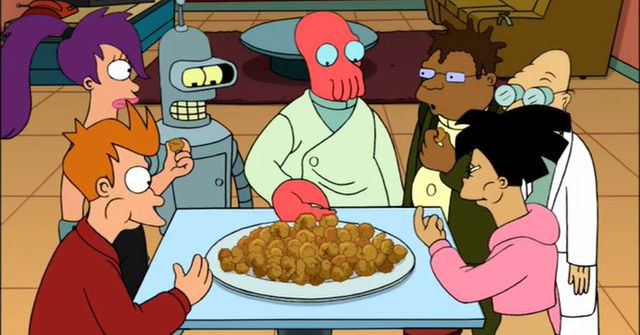 Futurama, it seems, can never die. Much like its protagonist, the 20th century human Fry, it just gets frozen for years and years, only to be thawed out in an older and stranger world. Last month, the beloved animated series was set for a streaming revival on Hulu, with 20 new episodes ordered reuniting most of the original cast — the second such revival after the show’s initial 1999-2003 run was revived from 2007-2013. Unfortunately, there was one big thing missing: Voice actor John DiMaggio, who played the fan-favorite robot Bender.

After a month of speculation, the situation fans dubbed “#Bendergate” has come to an end — DiMaggio is returning, and Futurama as fans know it will soon be back again.

“#Bendergate is officially over,” said DiMaggio in a statement, “so put it on the back of a shelf behind Xmas decorations, or maybe in that kitchen drawer with all of the other crap you put in there like old unusable crazy glue, or maybe even put it in a jar you save farts in. Whatever floats your boat, I don’t care, you get the picture. I’M BACK, BABY! BITE MY SHINY METAL ASS!”

Previously, DiMaggio had said he had not rejoined the show at the time of its announcement out of “self-respect”, as negotiations over pay were still underway. At the time, the actor said the animation industry “takes advantage of artists’ time and talent,” saying that he believed that both he and his fellow cast members deserved to be paid more.

DiMaggio’s new statement doesn’t make any reference to these initial complaints or how they were addressed.

New episodes of Futurama are expected to debut on Hulu in 2023.