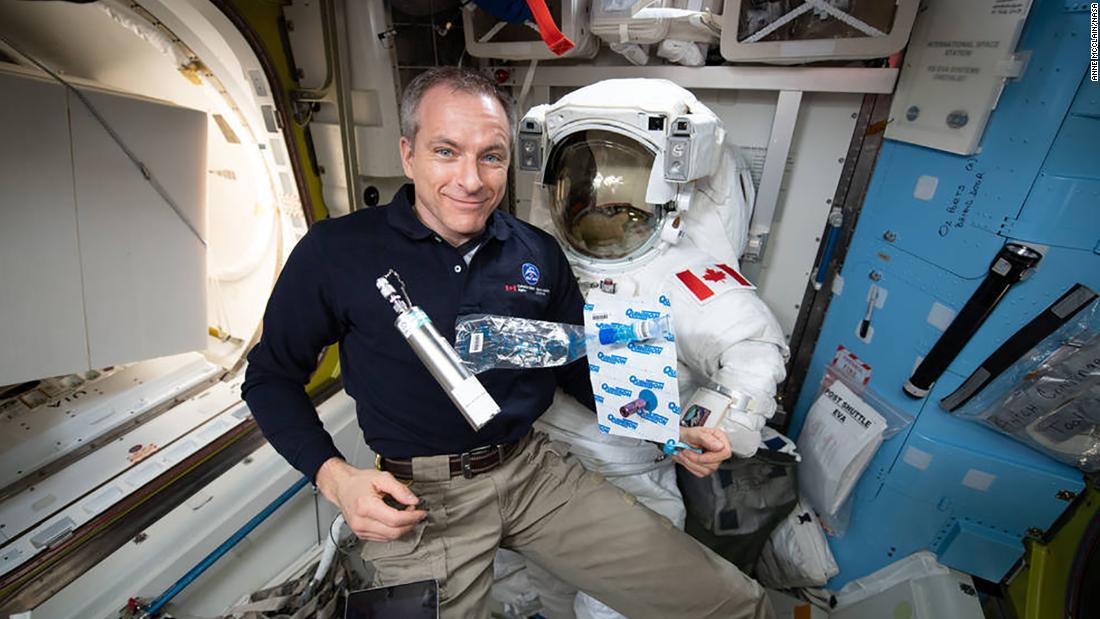 When we’re on Earth, our bodies create and destroy 2 million of these cells per second. In space, astronauts experienced 3 million red blood cells destroyed per second, resulting in a loss of 54% more cells than people on Earth experience, according to a new study.

“Space anemia has consistently been reported when astronauts returned to Earth since the first space missions, but we didn’t know why,” said study author Dr. Guy Trudel, a rehabilitation physician and researcher at The Ottawa Hospital and professor at the University of Ottawa, in a statement.

Researchers took breath and blood samples from 14 astronauts before their six-month stays on the International Space Station. The astronauts also took samples four times during their flights. The researchers also collected blood from the astronauts up to a year after their spaceflight.

The flights of the 11 men and three women occurred between 2015 and 2020. The findings were published Friday in the journal Nature Medicine.

When astronauts are in space, they experience a shift of bodily fluids toward the upper body due to the lack of gravity. This results in increased pressure on the brain and eyes, causing cardiovascular issues and a loss of 10% of the liquid in their blood vessels.

Researchers believed that space anemia was the body’s way of adapting to the fluid shift, resulting in the destruction of red blood cells to restore the balance. They also thought that the red blood cell loss was only temporary, restoring itself after the astronauts adjusted after spending 10 days in the space environment.

Trudel and his team discovered a surprising result — the space environment is the actual culprit.

“Our study shows that upon arriving in space, more red blood cells are destroyed, and this continues for the entire duration of the astronaut’s mission,” he said.

“Thankfully, having fewer red blood cells in space isn’t a problem when your body is weightless,” Trudel said. “But when landing on Earth and potentially on other planets or moons, anemia affecting your energy, endurance and strength can threaten mission objectives. The effects of anemia are only felt once you land, and must deal with gravity again.”

After returning to Earth, five of 13 astronauts were diagnosed as clinically anemic. One of the astronauts did not have a blood draw after landing.

Follow-up samples taken from the astronauts showed that space anemia is reversible because their red blood cell counts progressively returned to normal between three to four months after their return.

However, samples collected a year after the astronauts landed on Earth showed that the rate of red blood cell destruction was still increased, about 30% above what they experienced before their spaceflight.

The researchers believe this suggests that long-duration space missions could result in structural changes that impact red blood cells.

The findings are the first results published from MARROW, an experiment that examines bone marrow health and blood production when astronauts are in space.
The results highlight the importance of screening both astronauts and space tourists for health conditions that could be impacted by anemia and monitoring for any issues during missions. A previous study by Trudel and his team also revealed that longer space missions worsen anemia.

For now, it’s uncertain how long the human body can support an increased rate of both destruction and production of red blood cells.

In order to combat this risk, the researchers suggest that astronaut diets be changed to support better blood health.

The lessons learned from this research could also be applied to anemia patients on Earth, especially those who experience it after illness and prolonged bed rest. While the direct cause of this kind of anemia is unknown, it may be similar to what happens in space.

“If we can find out exactly what’s causing this anemia, then there is a potential to treat it or prevent it, both for astronauts and for patients here on Earth,” Trudel said. “This is the best description we have of red blood cell control in space and after return to Earth. We were surprised and rewarded for our curiosity.”