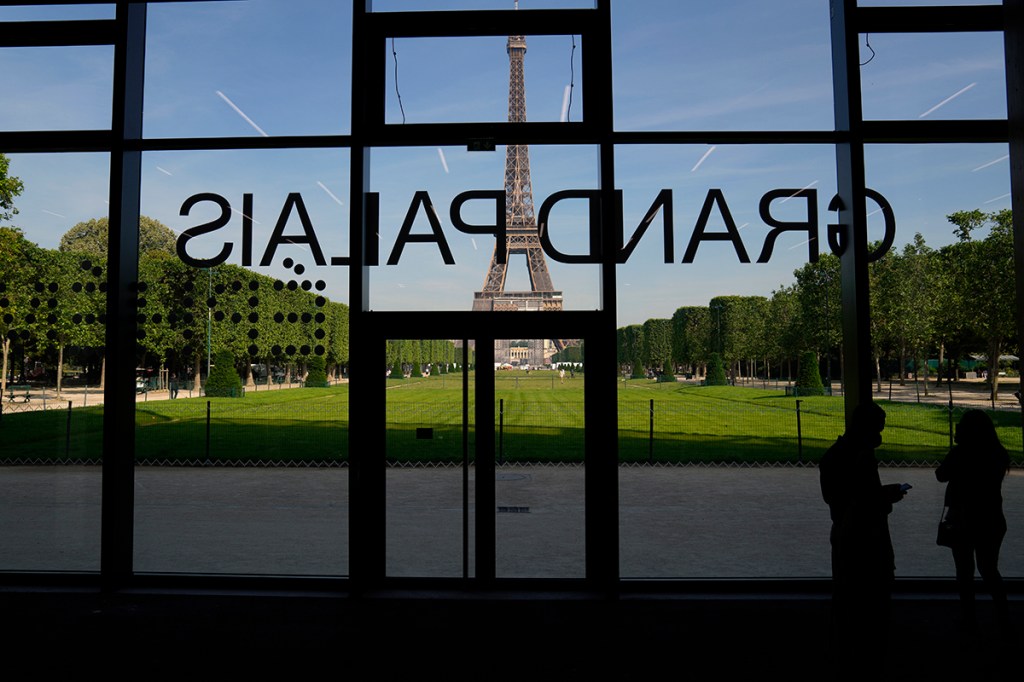 After snagging the Grand Palais from Paris’s top modern and contemporary art fair, FIAC, Art Basel has announced the name and leadership for its competing event, whose first edition is set to open in October.

Meet “Paris+, par Art Basel” (or Paris+, by Art Basel). Its name “celebrates the city’s premier standing as a cultural epicenter and reflects Art Basel’s ambition to create a flagship event that radiates throughout Paris, highlighting the dynamic dialogue between its cultural industries—from fashion and design to film and music,” according to the fair’s announcement.

The fair also named the three people who would lead Paris+, all of whom have close ties to the French art world. They are Clément Delépine (director), Virginie Aubert (general manager), and Maxime Hourdequin (deputy director).

In January, it was revealed that Art Basel would take over the iconic Paris venue from FIAC after a public bidding war. To obtain that slot, the fair has committed €10.6 million ($12 million) over the next seven years. At the time, Art Basel assured the French art world that it would not call its newest fair Art Basel Paris, as it had done in the cases of its editions in Miami Beach and Hong Kong.

About a week after FIAC lost out to Art Basel, the former fair’s longtime director, Jennifer Flay, departed and was replaced in her role by Florence Bourgeois, who will continue to run FIAC’s sister fair Paris Photo. Flay, who was rumored to be in line to lead Art Basel’s new Paris fair, will join Paris+ in March 2023 as president of its advisory board.

Delépine is currently the artistic director of Paris’s Galerie Mitterrand. He has previously served co-director of Paris Internationale, a satellite fair of FIAC aimed at showcasing young galleries and emerging artists, and has also held senior posts at the Swiss Institute and Bortolami gallery, both in New York.

“Even before my appointment, I welcomed the news of Art Basel’s selection to stage a new fair in Paris,” Delépine said in a statement. “The Art Basel team is committed to the highest standards of excellence, and I am immensely honored and humbled by the trust placed in me. I look forward to collaborating with the entire ecosystem of galleries, institutions, creative and cultural industries here in Paris to create a magnetic event for the city and the world.”

Aubert is currently vice president for Christie’s France, where he has worked since 2004, previously as business director and then general manager. Hourdequin has served as the deputy director of FIAC for almost a decade; she previously ran her own gallery and was a curatorial assistant at the Musée d’Art Moderne de la Ville de Paris.

While those dealers will help choose exhibitors for the main section, three other gallerists will be in charge of selecting for Paris+’s young galleries section, Galeries Emergentes. They are Isabelle Alfonsi of Paris’s Marcelle Alix, Mark Dickenson of Frankfurt’s Neue Alte Brücke, Frankfurt, and Simone Subal, who runs a namesake gallery in New York.

In a statement, Art Basel’s global director Marc Spiegler said, “We’re excited to have such a strong team at the helm of our new fair in Paris. I am confident that with their range of experience and perspectives we will deliver a strong premier edition of our show this fall—that capitalizes both on Paris’s unparalleled legacy as a cultural capital—and on its position as a vibrant crossroads for today’s contemporary culture.”