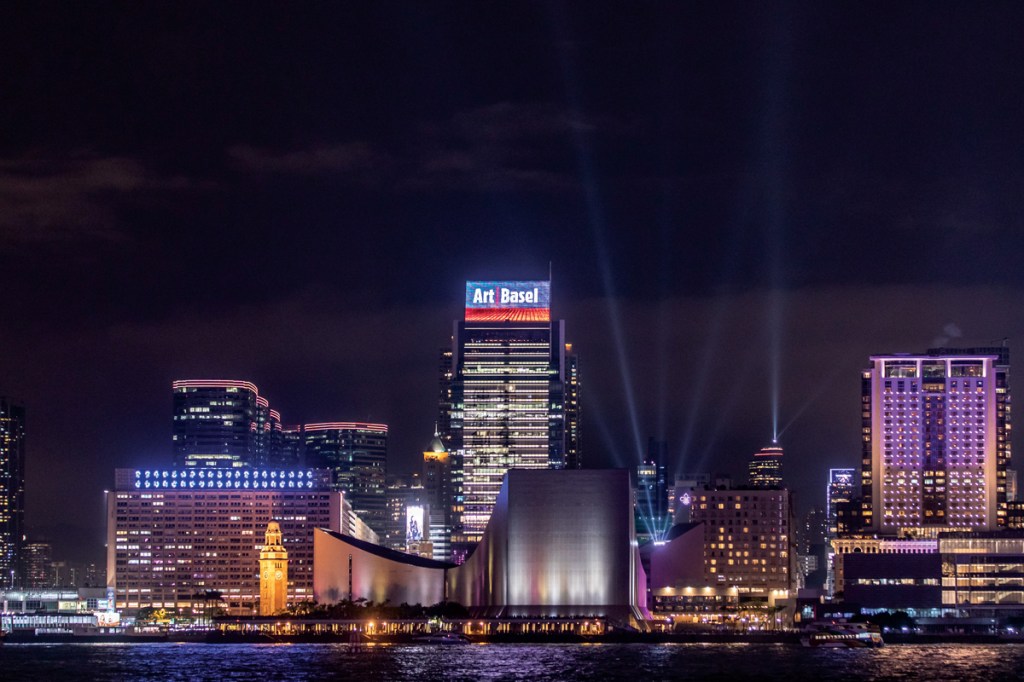 Art Basel Hong Kong, the most prominent art fair in Asia, has named the 137 galleries lined up to participate in its 2022 edition, which is due to run from March 24–26. That means there are about two dozen more galleries taking part this year than there were at the 2021 edition, which had 104 galleries.

But it also means the fair is still far from returning to normal operations, though the fair has secured unspecified contingency dates for May in the event of a Covid-related postponement, according to a report in the Art Newspaper. The 2022 edition is almost half the size of the 2019 one, which had more than 240 galleries. A good amount of the 137 galleries won’t even participate in the normal way, where dealers from the respective enterprises personally make the journey to Hong Kong to sell their wares.

Instead, 82 galleries—roughly 60 percent of the exhibitor list—are participating via satellite booths, which are manned by Art Basel–appointed assistants. Satellite booths are one way that Art Basel sought to circumvent restrictions in place in Hong Kong, which requires vaccinated foreigners to quarantine for a week upon entry and follow a rigorous testing schedule afterward. This kind of presentation, memorably termed a “ghost booth” when it was first utilized by Art Basel Hong Kong in 2021, was popular at that year’s fair, where 56 galleries made use of it. Now, even more dealers are making use of it.

Art Basel, which also mounts annual editions in Miami Beach and the titular Swiss city, seems to be counting on this year’s Hong Kong fair being business as usual, no less. “It is inspiring to see the amazing commitment and surging number of galleries participating in our Hong Kong show, despite the current challenges and uncertainties,” Marc Spiegler, Art Basel’s global director, said in a statement. “This stands as testament to the show’s continued role as a vital platform for cultural exchange in the region.”

It is not the only major fair hoping for fast-paced sales, even as the threat of the Omicron variant continues to create uncertainty around the world. The FOG Design+Art fair in San Francisco is moving forward with its 2022 edition this week, and in February, Frieze will host its first Los Angeles edition since the pandemic began.