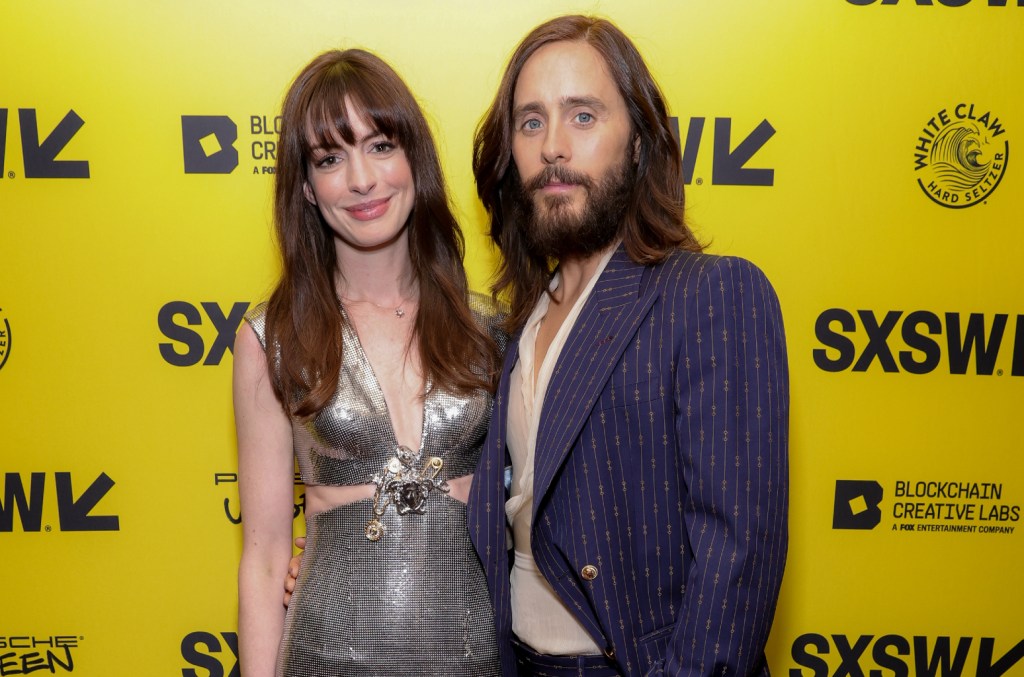 “Jared, it’s so nice to meet you,” Anne Hathaway says to her co-star Jared Leto, as if they were meeting for the first time.

The Oscar winners were on stage at the Paramount Theater at the South by Southwest festival in Austin, Texas, to present the premiere of their new limited series, WeCrashed, the story of charismatic WeWork cofounder Adam Neumann and his wife, Rebekah Neumann, who propelled the co-working start-up to a global value of $47 billion before it all came tumbling down.

“He just became Adam Neumann,” said Lee Eisenberg, who was creator and showrunner along with Drew Crevello, to ET Online. “The cameras started rolling, and we started referring to him as Adam.” It wasn’t until filming wrapped that the actor “became Jared again.”

“I’d never made a film or done any kind of acting that was based on a story that was so fresh,” Leto told the SXSW audience. “So the fact it was so relevant and recent was great. We were just buried in [source] material, which I love. I love the research process. I love preparation. It’s my favorite part — second to the last day of the job.”

For Hathaway, she had less public material to go on for crafting her take on her character and tried to set aside some of the more simplistic takes. “This seems like a human being, and a human being is a mixture of traits that are admirable, and we also all have things that we’re working on,” she said. “I just tried to infuse her with that every day and just say she didn’t do everything right all the time, and nobody ever has in all the time that all human beings have been alive. So, ‘sweetness’ was the word that really opened her up for me.”

The festival screened the romantic and compelling first episode that launched the story with Adam’s early days as a struggling entrepreneur, meeting Rebekah and his business partner, Miguel McKelvey (Kyle Marvin), and coming up with the concept for WeWork.

At one point, the panel’s moderator asked Leto a detailed question about his work developing Neumann’s Israeli accent. The actor replied, “That is such a long question. I’m just thinking about how f—ing great it is that we’re all in the same room together. We’re in this beautiful theater — that’s so cool. Yeah, that’s my answer.”