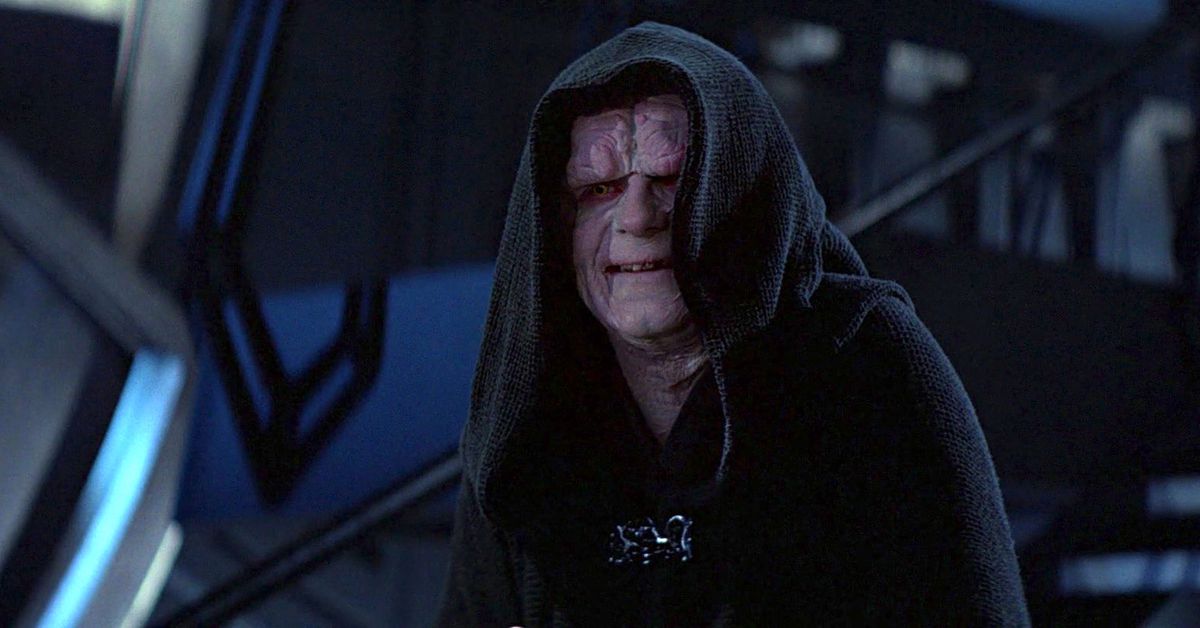 There aren’t many Stormtroopers in Andor. They’re not absent — occasionally they patrol the streets of Ferrix, appearing just often enough to suggest that they could always appear — but they’re never in focus. It’s an odd thing about a story so strongly centered on the Empire, the iconography of which is a part of the very fabric of Star Wars. Can you think of a Star Wars story without a helmeted trooper?

Andor exists in opposition to this. Its primary depiction of the Empire is not soldiers in nondescript armor, nor their weapons of war — images that meant something before they became aspects of brand identity — but in giving the Empire a face. This face is decidedly not The Emperor. Sheev Palpatine, ironically, couldn’t matter less to the Empire he founded. His power to rule the galaxy does not come from being a Sith mastermind. It comes from desk workers and corporate strivers, in boardrooms and economic incentives, on every impulse humans have to turn on one another instead of building community and solidarity.

This is what makes the Imperial Security Board among the most compelling things about Andor. Through bureaucratic meetings, people jockey for power and position under Major Partagaz (Anton Lesser), a well-mannered and incisive officiant that knows how to run a meeting: As quickly as possible. Under his purview, different strategies emerge for handling the nascent Rebellion, and good little workers of the ISB try to improve their station by making him happy by whatever means necessary.

Under this framework, the Emperor even showing his face would completely undermine the story Andor is telling about the Imperials. As a figure that is referenced but never shown, there is no way for the viewers or the characters to know if a particular mandate is really the Emperor’s will, or if one character’s superior officer actually just had a conversation with Palpatine. This is the point: It doesn’t matter. Oppression trickles downward.

Everyone willing to get their hands dirty is also given the tools to expand that oppression, in the hopes of avoiding its pain. Thus far, the most devastating weapon in Andor is not a space station or a gun, it’s the Public Order Resentencing Directive issued by the ISB. Under this new law, passed after the successful Rebel raid on Aldhani in “The Eye,” harsher penalties are enacted against actions classified as “acts against the Empire,” and the definition of those acts is by and large up to the person enforcing the law.

This is how, in “Narkina 5,” Andor is arrested and shipped to a labor prison for a six-year sentence for nothing other than being at the wrong place at the wrong time. It gives ISB officer Dedra Meero the incentive to skirt Imperial code in order to track down Andor’s few remaining friends on Ferrix. It indirectly emboldens serial bootlicker Syril Karn to feel like his ambition has value, and to continually press his luck with Meero to impose his sense of order and propriety on everyone around him.

This is a stark shift in the Empire’s portrayal, which previously focused largely on the scale and machinery of war. But the sort of might flexed by the Empire in the Original Trilogy comes at a cost, and that cost is one Andor emphatically underlines: The Empire is spread thin. It cannot be everywhere at once. And so it employs the fascist’s greatest weapon: getting formerly free people to police themselves.

Syril Karn illustrates this. Karn remains Andor’s sharpest tool, a pernicious character who doesn’t even profess an admiration for the Emperor. He just loves rules, and sees the Empire as the platonic ideal of an ordered society, where rule-breakers are made pariahs the way he has been for being such a stickler for them. He’s also the source of Andor’s most damning bit of visual storytelling, back in his mother’s home where he continually eats breakfast cereal: There, on a shelf in his bedroom, are little Stormtrooper figurines. They wear masks he cannot, yet he’s convinced that he can fight their war in his own petulant little way. To him, the world is full of people breaking the rules and getting away with it, and stopping them is as valorant as any Stormtrooper fighting for the Empire.

With men like Karn, the Emperor never needs to show up to keep order in his fascist little kingdom. He’s got soldiers everywhere.