Alberta’s drug poisoning crisis is escalating. Can it be turned around in 2022? 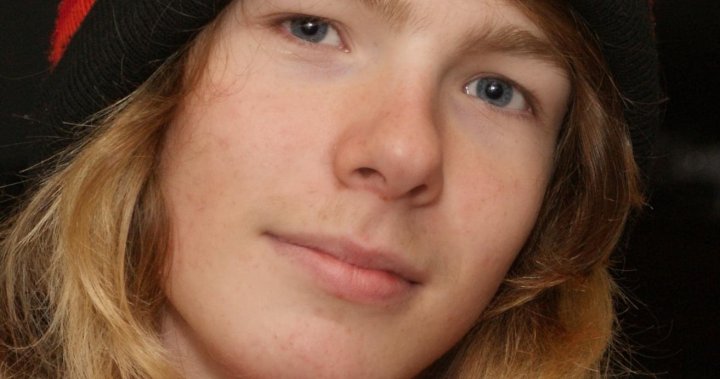 Aia Hughes doesn’t want her son to be known as a statistic.

“Ayrton was a very playful, exuberant boy who just loved being the centre of attention.  He was always goofy and playing around,” the Edmonton mom told Global News.

“He was a son, he was a brother, a grandson, a nephew and I think we really need to understand that. We need to look beyond those numbers and look at those people – who they are and what they actually mean to others.”

Alberta’s drug poisoning crisis is getting worse. There were 685 deaths reported in 2016. By 2020 that number had grown to 1351. With data still not reported for November and December, 2021 has already become the deadliest year of the crisis so far and advocates fear next year could be worse still.

“(This year) will be worse than 2021 if we don’t change what we do,” said Petra Schulz of the advocacy group, Moms Stop the Harm. “We are on a really terrible trajectory, substances are more tainted than ever.”

Schulz believes the answer to the crisis lies in harm reduction and access to a safe drug supply.

“What is so frustrating about the drug poisoning crisis is that we know that the cause of this is a highly toxic street drug supply and the solution is by providing safer pharmaceutical alternatives and by stopping to criminalize people who use substances,” she says.

It’s something that several jurisdictions in Canada are willing to try. So far, Toronto, Montreal, Vancouver and the province of British Columbia have all made an application for an exemption to the federal controlled drug and substances act. If granted, the exemption would allow for the possession of drugs for personal use.

On Monday, Edmonton city council will debate whether to pursue an exemption for that city as well.

“We have a crisis in our communities.  Here in Edmonton, we are seeing a number of opioid-related deaths because of the poison that people are injecting and we need to be exploring all the options to make our communities safe including the safe supply of pharmaceutical choices,” Edmonton mayor, Amarjeet Sohi told reporters earlier this week. “This motion if passed will create a report that will come to council for further conditions.”

Alberta’s police chiefs, however, aren’t ready to support the decriminalization of illegal drugs just yet.

In a news conference on Jan. 20, Calgary Police Services Chief Mark Neufeld, who also serves as the President of the Alberta Association of Chiefs of Police, said more work needs to be done to prepare for this potential step.

“Drug decriminalization triggers an immediate need for structural and societal changes in areas that do not currently exist,” said Neufeld. “This would include regulations for things like the use of drugs in public spaces, the use of drugs in areas near minors, discarded needles or other drug debris, and of course public complaints regarding erratic or unpredictable behavior in our communities.”

When it comes to safe supply, the province is exploring its options. A committee of Alberta UCP and NDP MLA’s began working on this issue earlier this month.  Under the mandate, the committee is required to submit a report to the legislative assembly by April 30.

“Our Government will be led by experts and science, not activists and advocates,” Alberta’s Associate Minister of Mental Health and Addiction, Mike Ellis said in a statement to Global News. “My understanding is that the committee’s work is underway and I look forward to hearing from experts in the field of addiction on this issue.”

0:58
Councillors want decriminalization of small amount of drugs in Winnipeg to be considered