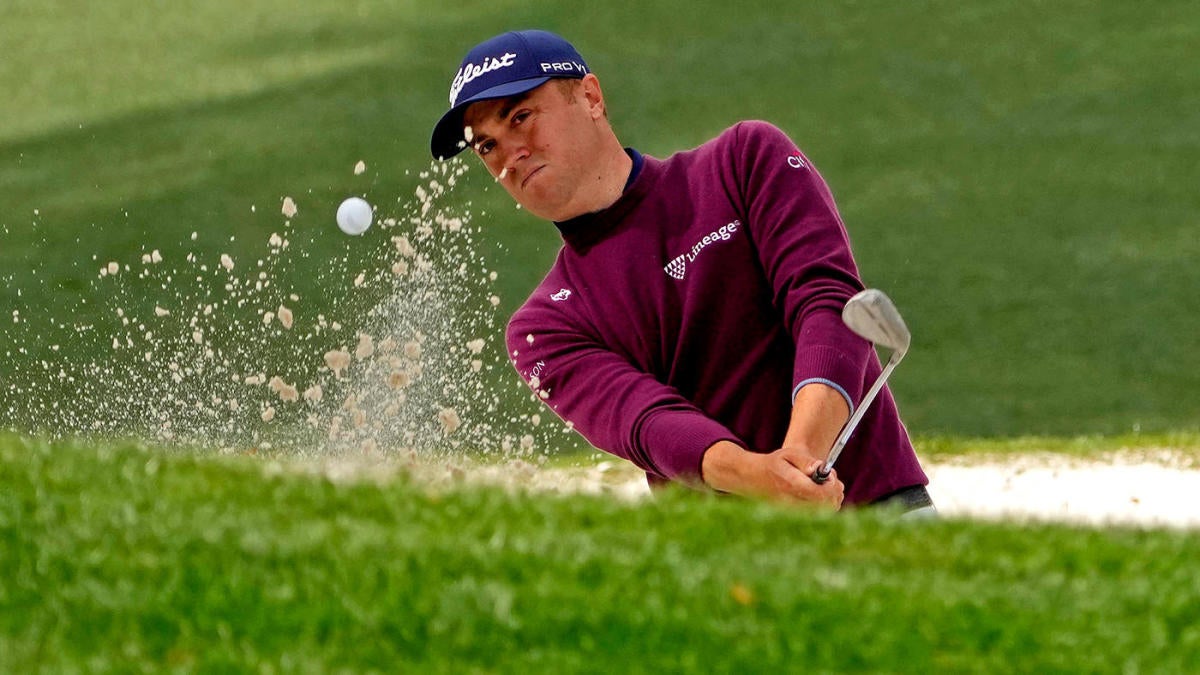 AUGUSTA, Ga. — Perhaps it should not be surprising that the No. 1 golfer in the world, who has also won three of his last five tournaments, shot a 67 on Friday at the 2022 Masters and holds a five-stroke at the first major of the year. However, most No. 1 players in the world did not become No. 1 in the world just two months removed from never having won a PGA Tour event — like Scottie Scheffler.

The 25-year-old Scheffler’s accelerated ride this week mimics his journey over the last two months. His first PGA Tour victory came on Feb. 13 at the Phoenix Open. His second was March 6 at the Arnold Palmer Invitational. His third went down just three weeks later March 28 at the WGC-Dell Technologies Match Play, the same day he became the No. 1 golfer on the planet.

And now, two weeks after that, he’s tied the record by holding the largest 36-hole lead (five strokes over four competitors) in Masters history.

Scheffler has quietly been a beast at majors over the last few years. His last six starts have resulted in top-20 finishes, and he’s been a statistical stalwart over the course of his career despite not winning until two months ago. Again this week, he leads the field in strokes gained from tee to green, and his performance is certainly sustainable.

After 36 holes and two days of a Masters that have thus been dominated by the amazing play of the returning Tiger Woods, this event finally has a narrative outside of the Big Cat. Four of the five golfers who have led by five strokes after 36 holes at the Masters have gone on to win a green jacket. The only one who didn’t accomplish that feat happened before the start of World War II.

It should not seem outlandish that the No. 1 player in the world would romp to a Masters victory in just his third start at Augusta National. And yet, because his rise to the top of the world happened as quickly as it did, doubt remains.

One of the storylines coming into the week was whether Scheffler was a true No. 1. The question was not whether he was a good golfer but rather whether he was simply on a heater.

A Masters win would erase all doubt about Scheffler’s present and his future. Now, the question that overwhelmed the first part of this week — what Tiger Woods will do at the 2022 Masters? — has been erased and replaced by a man who wears Big Cat’s Nikes. The question now for Scheffler is the same one Tiger answered so many times over the course of his career: Will anyone catch the No. 1 player in the world over the last 36 holes of this major championship?

Here are nine more thoughts on the second round of the 2022 Masters.

2. The Cat survives: Again 71-74 might not look great in the history books, but Tiger is putting on a performance the ages considering he was browsing prosthetics this time a year ago. After going out in 39, he churned his way to a 35 on the second nine and easily made the weekend. Will he contend on Sunday? I don’t think that’s likley considering how poor he’s been off the tee so far and how broken his body is right now. However, Saturday will be telling, and we might just get one final magic act from the Cat at the place he’s dominated the most.

“I don’t feel as good as I would like to feel,” said Woods. “That’s OK. As I said, I’ve got a chance going into the weekend. Hopefully, I’ll have one of those lightbulb moments and turn it on in the weekend and get it done. You’ve seen guys do it with a chance going into the back nine. If you are within five or six going into the back nine, anything can happen. I need to get myself there. That’s the key. I need to get myself there. Tomorrow will be a big day.”

3. Dustin Johnson is lurking: The grind was on for D.J. on Friday after two bogeys caused by horrific drives on Nos. 7 and 9 on the first nine. He made nine consecutive pars on the second nine to get in the house with a 73 that does not look great on paper but was nearly two better than the field average in Round 2. D.J. knows the weekend is long, and he’s simply trying to play his way into Sunday afternoon. His patience and discipline (seriously, patience and discipline for D.J.) are admirable, and winning a Masters at 6 under would be even more impressive than winning it at a record-setting 20 under like he did a year and a half ago.

4. Justin Thomas jumps, Collin Morikawa moves: Morikawa’s slide into the top 10 on the leaderboard was quieter than J.T.’s, but those are your two “if he goes out in 31 early in the day, things are going to get spicy” guys to watch on Saturday. Thomas put on a show. He matched Scheffler’s 67 late in the day, birdied Nos. 14-16 and completely covered up his 76 from Thursday. He’s legitimately in the mix, and after he gained 5.6 strokes on approach shots in Round 2, there’s a path to contention on Sunday for him that does not seem inconceivable.

Watch the 2022 Masters streaming live Saturday with Masters Live as we follow the best golfers in the world throughout Augusta National with Featured Groups, check in at the famed Amen Corner and see leaders round the turn on holes 15 & 16. Watch live on CBSSports.com, the CBS Sports App and Paramount+.

5. 2011 and 2016 as well: After Thursday, I opined that with a leaderboard that included Dustin Johnson, Sungjae Im and Cameron Smith — the top three finishers at the November Masters — that we were getting a 2020 redux. Apparently, we’re getting more iterations of 2011 and 2016 as well. Charl Schwartzel (the 2011 champion) shot a 3-under 69 on Friday and sits at 3 under after 36 holes. He’s missed his last six cuts worldwide and doesn’t have a top 10 anywhere since last July. Danny Willett (the 2016 champion) shot 74 but still sits in the top 10. To add to the 2016 narrative, Willett took the co-lead at one point on Friday, and Jordan Spieth — who missed the cut — pumped two in the water on No. 12.

6. Toughest test: The scoring average on Friday pushed to 74.6 mostly because of nightmarish gusting winds that were as lively as they were inconsistent. The best indication of how hard Augusta National was on Friday? Six golfers shot rounds in the 60s, seven shot rounds in the 80s.

7. Back-to-back Hideki? I’ve perhaps been most impressed with Hideki Mastsuyama’s 3-under showing so far this week. He’s been a non-factor for most of the last few months and withdrew from the Texas Open last week with a neck injury. Now? He has a real chance to become the first golfer since Tiger in 2001-02 to win two straight green jackets.

9. Bubba being Bubba: Let’s all take a moment to appreciate this preposterous shot on No. 18 that led to birdie for Bubba Watson and helped him make the weekend at Augusta.

10. Who can win? If we believe the trend below will continue, the winner of the 2022 Masters will be one of the following.