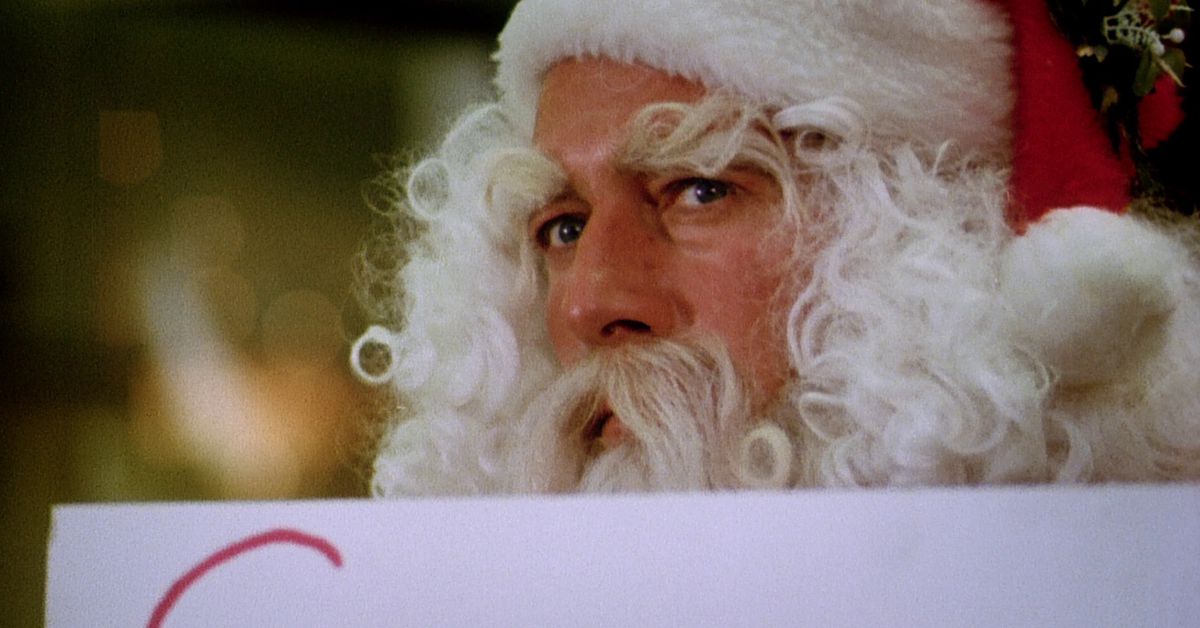 It’s holiday movie season and every year there seems to be a deluge of new Christmas films coming from Hallmark and Netflix. But for many of us, it’s also the time of year to visit some classic favorites like It’s A Wonderful Life or A Christmas Story. But what if you want something new to you, but with that same classic movie warmth? Put on your coziest sweater, get some egg nog or hot buttered rum, and get ready to fall in love with these under-seen classics streaming now on HBO Max, Criterion Channel, and for rent on digital platforms.

From sparkling romantic comedies to classic film noir to obscure animated family films, there’s sure to be something for everyone on this list whether they’ve been naughty or nice.

Read on for 10 of the lesser-known Christmas movies to watch on streaming services this holiday season.

Hired as temporary holiday help, salesgirl Polly Parrish (Ginger Rogers) receives a dismissal notice from the John B. Merlin and Son department store in New York City just days before Christmas. On her way home she sees a woman leave a baby on the steps of an orphanage and decides to take it home out of the cold. Later, the owner’s son David Merlin (David Niven) mistakenly believes that Polly is an unwed mother. After arranging for her job back, he begins to fall in love. Meanwhile his father believes David is the father of Polly’s child. With charming performances, this screwball comedy is as bubbly as a glass of champagne.

Bachelor Mother is available to rent on Amazon, Apple, and other rental services.

Written by Preston Sturges and directed by Mitchell Leisen, this romantic comedy stars Barbara Stanwyck and Fred MacMurray — four years before their iconic pairing in Double Indemnity. Lee Leander (Stanwyck) is arrested for stealing a bracelet, but her trial is delayed until after Christmas on technicality because District Attorney Jack Sargeant (MacMurray) doesn’t want a jury filled with holiday cheer. However, he also doesn’t want her to spend Christmas Eve in jail. En route to Lee’s estranged mother, the two find themselves stranded in rural Pennsylvania, and of course, falling in love. A film perfectly balanced between end of the year melancholy and holiday cheer.

Remember The Night is available to cable subscribers on Watch TCM and Spectrum OnDemand.

Lady in the Lake

Based on the novel of the same name Raymond Chandler, star Robert Montgomery not only takes on the role of Los Angeles private detective Phillip Marlowe, but directed the film as well. Shot almost entirely from the point of view of Marlowe, characters speak directly to the camera. Montgomery’s Marlowe is mostly heard, his face only seen occasionally as a reflection in a mirror. When publishing executive Adrienne Fromsett (Audrey Totter) hires Marlowe a few days before Christmas, he finds himself in a twisted mystery involving beautiful, yet devious women, unending greed and coldblooded murder. While the camera gimmick can get a little nauseating at times, there isn’t really anything else quite like it.

Lady In The Lake is available to cable subscribers on Spectrum OnDemand, and to rent on Amazon, Apple, Vudu, and other rental services.

It Happened on 5th Avenue

Released the same year as the original Miracle on 34th Street, this Roy Del Ruth’s ensemble comedy follows the houseless Aloysius T. McKeever (Victor Moore), who takes up residence every Christmas season in the boarded-up Fifth Avenue mansion of the second richest man in the world (Charles Ruggles) while he’s away on vacation. The good-hearted McKeever gets more than he bargained for when he lets ex-G.I. Jim Bullock (Don DeFore), his war buddies Whitey (Alan Hale, Jr.) and Hank (Edward Ryan) and their families, plus 18-year-old Trudy “Smith” (Gale Storm) share the mansion with him. Although it directly addresses the post-WWII housing crisis, Del Ruth’s interrogation of how America fails its veterans still resonates today.

It Happened on 5th Avenue is available to stream on HBO Max.

Brimming with holiday cheer, Robert Mitchum, cast against type in order to rehabilitate his image following a marijuana bust, oozes charm as a bohemian seasonal sales clerk who romances Janet Leigh’s war widowed single mother. They meet when comparison shopper Connie (Leigh) inadvertently costs Mitchum his job after she buys a toy train from him. Further complicating the situation are Connie’s wet blanket boyfriend Carl (Wendell Corey), and her precocious song Timmy (Gordon Gebert), who thinks the train is a present for him. The chemistry between Leigh and Mitchum is off the charts. Their first kiss is hot enough to roast chestnuts.

Holiday Affair is available to stream on HBO Max.

Shot in glorious Technicolor, Susan Slept Here is one of those plots that only make sense in classic films. Dick Powell (in his last film role) stars as Mark Christopher, a Hollywood screenwriter suffering from writer’s block after winning an Academy Award. On Christmas Eve his buddy, Vice Squad Sergeant Sam Hanlon brings 17-year-old vagrant Susan Landis (a buoyant Debbie Reynolds) to his luxurious bachelor pad so she doesn’t have to spend the night alone in jail. Although it does spark an idea for a juvenile delinquency film, the situation also puts Mark in a tight spot with his longtime fiancée Isabella (a glamorous Anne Francis). Meanwhile Glenda Farrell as Mark’s boozing secretary Maude nearly runs away with the whole movie.

Susan Slept Here is available to stream on HBO Max.

Perhaps the coolest-looking Christmas movie ever made, this midcentury fantasy romance stars Kim Novak as a chic Greenwich Village dwelling witch-turned-art dealer named Gillian whose holiday blues are cured when she falls in love with her publisher neighbor Shep (Jimmy Stewart). On Christmas Eve, Shep and his fiancée Merle (Janice Rule) visit the Zodiac Club, where they run into Gillian, her aunt Queenie (Elsa Lanchester), and her bongo-playing warlock brother (Jack Lemmon). Determined to have Shep, Gillian uses her her Siamese cat and familiar Pyewacket to cast a love spell on him. However, eventually Gillian learns that human love isn’t quite that simple.

Bell, Book and Candle is available to cable subscribers on Watch TCM.

In this pitch-black Spanish comedy from director Luis García Berlanga, a group of pious women in a small provincial town organize a Christmas campaign featuring the motto “Feed a poor man at your table.” As the film progresses the rich people of the town compete to show off the poor person they helped, while barely hiding their disgust for them. At the center of the campaign is Plácido, a poor man who is dragged from one activity to another and thus is unable to make the payments on his newly acquired motorcycle. ‘Tis the season for goodwill towards man, but this film serves to remind the privileged that many people struggle all year long and performative charity does little more than soothe their own consciences.

Plácido is available to stream on Criterion Channel.

Produced by Rankin/Bass, this forgotten ’70s special is the most depressing of them all. Based on a song written by Gene Autry, it follows Nestor, a donkey with abnormally long ears living durning the Roman Empire. Shunned by their village, Nestor and his mother flee, only for his mother to die protecting Nestor from a bitter cold. Later, Nestor meets a cherub who tells him he is needed in Bethlehem. His long ears help him guide Mary and Joseph to safety during a sand storm. Much like Rudolph the Red-Nosed Reindeer, it’s a story of an outcast who learns his differences are okay only once they prove helpful to others. Fa la la la la.

Written on spec by Curtis Hanson, who would later make the ultimate Christmas crime film L.A. Confidential, The Silent Partner follows listless bank teller Miles (Elliott Gould) as he finds himself drawn into a world of crime after discovering the bank is about to be robbed by a man dressed as a mall Santa. Instead of informing his bosses, he begins hiding cash, figuring he can report all of it as missing when the robbery finally takes place. However, when the thief, a psychopath named Harry Reikle (Christopher Plummer), figures out the scheme, he becomes obsessed with Miles and determined to get all the money for himself. Bleak and bloody, this film truly gets that greed is the reason for the season.