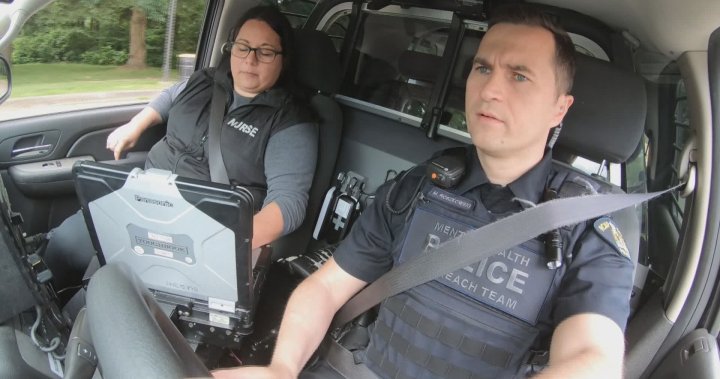 “This fulfils the commitment to get the process underway to hire 100 mental health nurses and 100 police officers and to address the challenges we are seeing across the City of Vancouver,” ABC Vancouver Coun. Sarah Kirby-Yung said.

In a vote that split 6-3 with members of ABC Vancouver united in support and Green and OneCity councillors opposed, council approved $16 million for the program.

That’s nearly three times as much as the $6 million initially allocated when the motion was first tabled last week, but which would have only provided for about 57 officers and 21 nurses.

“Frankly I know this is going to go ahead because of the ABC majority, but it’s reckless in the fact that the numbers have been challenged in the media and refuted as not accurate, and then we’ve seen a change in the numbers and they’re still not accurate in regards to what police are predicting,” Green Coun. Pete Fry said during debate on the motion.

The revised funding figure came as a result of what ABC councillors called “further conversations,” and the money will come from the city’s 2023 operating budget.

The new hires are intended to “expand mental health initiatives and partnerships” like the Car 87/88 program and other outreach initiatives.


It is not yet clear what programs or services may face cuts in order to make up the budgetary difference.

“Some numbers and a catchy campaign slogan, that’s not how I think we should be making decisions,” OneCity Coun. Christine Boyle told Global News.

“I want to make sure we’re not cutting grants or support to organizations that are meeting critical needs for residents.”

Councillors are set to hold their first 2023 budget meeting at the end of the month, where they will also look at a request for an 11 per cent increase to the Vancouver Police Department budget, which would see it increase to $383 million.

“It’s a new day, it’s a new council, so I think this council is going to be really taking its time to really do due diligence on the budget,” Kirby-Yung said.

New Vancouver Mayor Ken Sim was not in council Tuesday to greenlight his key campaign pledge from the 2022 election, as he takes a previously scheduled vacation to see the World Cup in Qatar.

In his absence, his party said it was confident the city could onboard the planned 100 new officers by the end of next year, though recruiting 100 mental health nurses is expected to take longer.

Editor’s note: This is a corrected story. A previous version misattributed a quote from Coun. Rebecca Bligh.