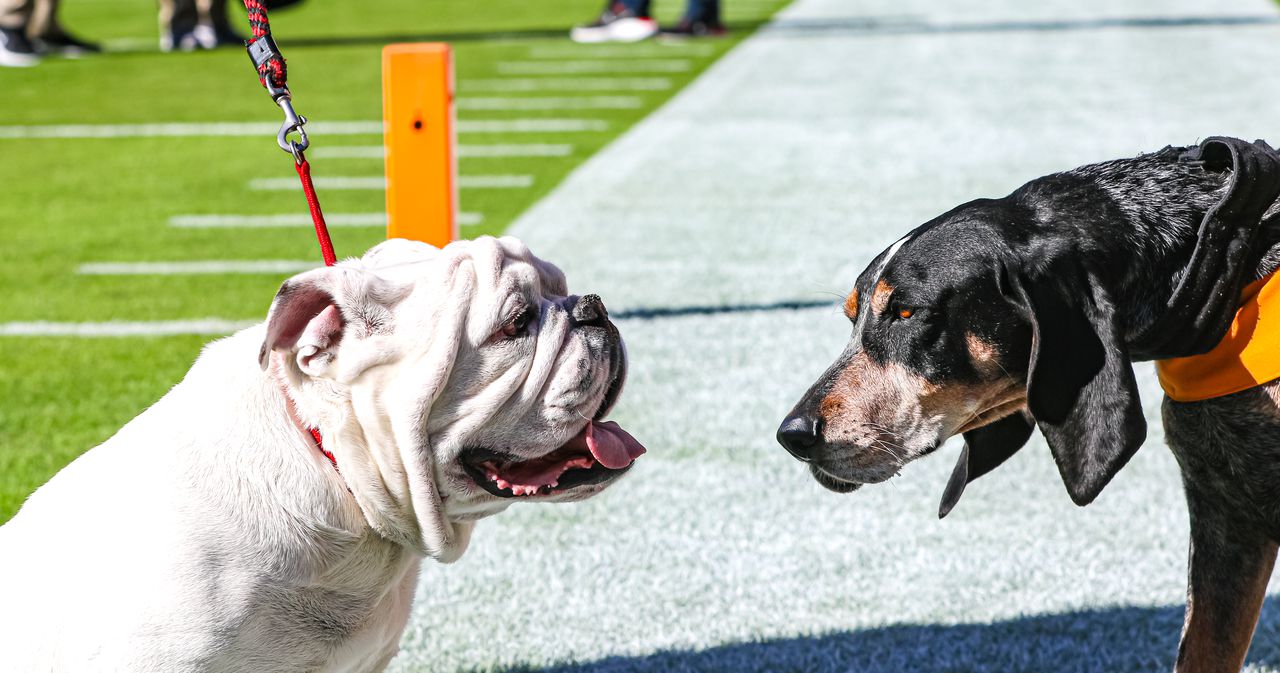 Want to attack every day with the latest Georgia football recruiting info? That’s the Intel. This rep takes a look at how well No. 1 Tennessee and No. 3 Georgia have recruited of late heading into this week’s SEC East showdown in Athens. For the purposes of this report, all the rankings discussed are from the 247Sports Composite scale.

Big game in Athens this weekend. No question. Regardless of the rankings.

It is one of those matchups which call for a deep dive into how well each program has recruited over the last four cycles. That will provide a general impression as to which team should have the edge in talent on Dooley Field inside Sanford Stadium on Saturday.

This game sets up as a contest that could show that recruiting rankings don’t really matter.

Or it could illustrate those do really matter in a game the whole country will be watching on Saturday.

The information found calls for a couple of quick disclaimers.

Recruiting rankings on a case-by-case basis do produce eye-openers: Hendon Hooker, the Heisman Trophy contender for the Vols, was ranked as a 4-star recruit as a high school senior in 2016.

He was then rated as a 3-star recruit by the 247Sports Composite going through the transfer portal out of Virginia Tech. He’s played far and above that ranking.

The same can be said for his counterpart in Georgia’s Stetson Bennett IV. Bennett was assessed as a 2-star senior back in 2016. He was then regarded as a 3-star signee coming out of the JUCO ranks in 2019.

Let’s also consider Tennessee receiver Jalin Hyatt: He was ranked as the nation’s No. 33 WR and the No. 197 overall prospect back in 2020. It is hard to imagine that there were 32 better receivers in the country that cycle than that guy.

He’s now the odds-on favorite to win The Biletnikoff Award this season.

Outliers will be there, but the big picture is telling: The example set by Tennessee OT Darnell Wright looms large here. Wright was a 5-star prospect in 2019. He is also performing at an All-American level this fall.

The Bulldogs signed four recruits with a 5-star ranking in 2020. That’s DL Jalen Carter, OT Broderick Jones, CB Kelee Ringo and TE Darnell Washington. Those four players will all play vital roles for the home side on Saturday.

Georgia holds a pronounced edge in 5-star signees over the last four cycles between these teams. The Bulldogs signed 18 recruits from 2019-2022 with that coveted 5-star ranking.

The Vols only signed two over that same period. The number bumps to three if we count a former 5-star in high school that was only a 4-star coming from the transfer portal. The Vols also saw another 5-star OT transfer away to Oklahoma. The numbers there yield a telling 18-2 edge, but it is not that simple.

The Bulldogs won’t have a single 5-star from their 2019 class available to play on Saturday. The subtraction of those five players reduces that gap to 13-2.

Nolan Smith, the No. 1 overall prospect in that cycle, is lost for the season with a torn pectoral muscle. He was the only one of those five on the Georgia roster when the season began. The ‘Dawgs sent three of their 5-stars from 2019 to the NFL last season, including the No. 1 overall pick in Travon Walker.

The examples reinforce the point there are outliers of prospects playing above and below their rankings. Some hit the bullseye on their prospect ratings. Others fall short.

Yet taken as a whole, those same recruiting rankings provide a solid blueprint for the types of players these programs have been able to sign over the last four cycles.

The big-picture findings will reveal a decided edge for the ‘Dawgs in the following areas:

If one is of the opinion that recruiting rankings matter, those findings show the Bulldogs have recruited at a level since 2019 that’s about two clicks above what the Vols have done.

That’s the talent equation in the winning formula on Saturday.

The Vols have soared this season thanks to Hooker and Hyatt playing above those labels plus their schemes and the execution of their assignments.

Yet there’s an area where the Vols have been able to reduce the talent gap on the field. That’s a head-to-head area in which they hold a clear edge over the Bulldogs.

Did you know the weekly DawgNation.com “Before the Hedges” program is available as an Apple podcast? Click to check it out and download it.

The Vols have sought to supplement their roster through transfers

Hooker is the prime example to point out here. He’s not the only one.

There are transfers from Florida, Kansas, Texas and Virginia Tech all over the Tennessee starting lineup. Check out the number of transfers the Vols have brought into their program over the last few cycles.

Georgia has built its roster differently. The Bulldogs have only brought in a total of nine players through transfers over the last four offseasons. Georgia didn’t bring in a single player via the portal during the 2022 cycle.

Tight end Arik Gilbert and safety Tykee Smith are the only two Bulldogs left on the roster that joined the program via the transfer route.

The number of transfers the Vols have brought in shows they take the field with an experienced veteran roster. They’ve signed smaller classes of high school players than the Bulldogs to reach the 85-man scholarship limit.

Tennessee has signed 14 fewer prospects out of high school than the Bulldogs over the last four years.

The roster-building method there says something, but we must also note 10 of those 14 came over the last two recruiting classes. That’s a clear indication Tennessee coach Josh Heupel wanted to bring in targeted players that fit the needs of his system.

The other key here for Tennesee is experience. The Volunteer defense is made up almost entirely of players that have been playing college football for at least three years. There were nine starters against Alabama that signed in the class of 2020 or earlier. The other two were class of 2021 prospects.

Let’s distill the point to this: The Vols line up 10 former 3-star recruits on defense, but they win with a lot of grown men out there. We can point to half of their defense that is now in at least their fourth year of college football. That’s a great equalizer.

The offensive starting lineup against Alabama also reflects the veteran core. There was one player who signed with the class of 2017 (Hooker), two from 2018, four from 2019 and another four from 2020.

It is no coincidence that’s why Vols execute what they do so well on offense. They have a lot of veterans mixed in with five former 4-star recruits and two former 5-star recruits on that side of the ball.

Have you subscribed to the DawgNation YouTube channel yet? If so, you will be able to see special 1-on-1 content with 2023 commits CJ Allen, AJ Harris and Jamaal Jarrett.

Georgia vs. Tennessee: What else is there to consider?

Let’s face it. Those numbers up above are data-driven.

What do they actually have to do with winning a football team? Do the Bulldogs just have a blanket talent edge across the board?

Where are the Vols supposed to be strong? Which areas of the field will they depend on a lot of former 3-star recruits to play winning football?

Let’s pull out a few more examples and share them below.

(check on the recent reads on DawgNation.com)