The Best Booths at Artissima 2022 – ARTnews.com 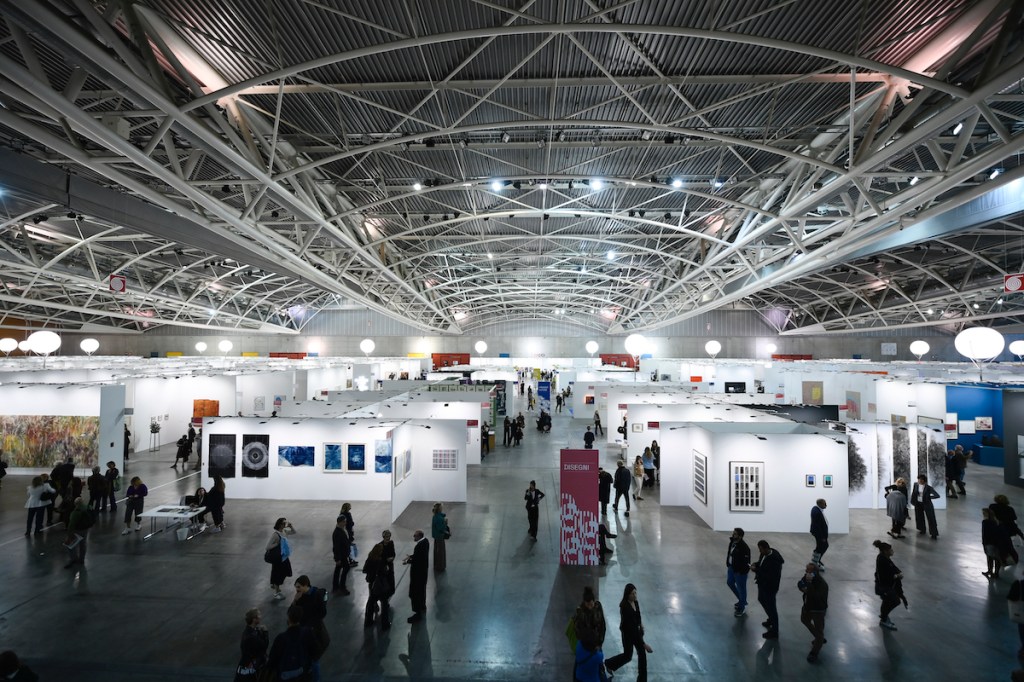 The Italian art fair Artissima is back once more at Turin’s Oval Lingotto, the indoor arena built for the 2006 Winter Olympics. The only fair in Italy with such a strong focus on contemporary art, it’s now its 29th edition, with a new director, Luigi Fassi. It features 174 Italian and international galleries, 42 of which are participating in the fair for the first time.

Fassi, who studied philosophy, chose the “transformative experience” concept coined by American professor L. A. Paul as a general theme for the fair. “You cannot foresee the effect an experience may have on you until you have experienced it,” Fassi said in an interview, explaining that concept. “Art is a way to explore the unknown.”

Now, the question is, how much will his experience as the new head of Artissima change him?

Local art patron Patrizia Sandretto Re Rebaudengo, who will see 60 pieces of her collection exhibited at Florence’s Palazzo Strozzi in March 2023, started acquiring art 30 years ago, one year before Artissima was created. “From the beginning,” she recalled in an interview, “it was clear to me that this fair could put Turin, which has always been a modern city, on the map.”

She sees the fair as an opportunity to support emerging artists. Asked early in the fair’s run about what she purchased, she said nothing yet. But she had already paid a visit to the booth of Paris’s mor charpentier, which sold 10 works by Rossella Biscotti, 2 works by Daniel Otero Torres, 2 editions of a photographic print by Teresa Margolles, and 2 sculptures by Charwei Tsai on Day 1 of Artissima. She’d also been interested in Marinella Senatore’s neon works at Mazzoleni’s booth.

Below are eight highlights from the fair, which runs through Sunday.