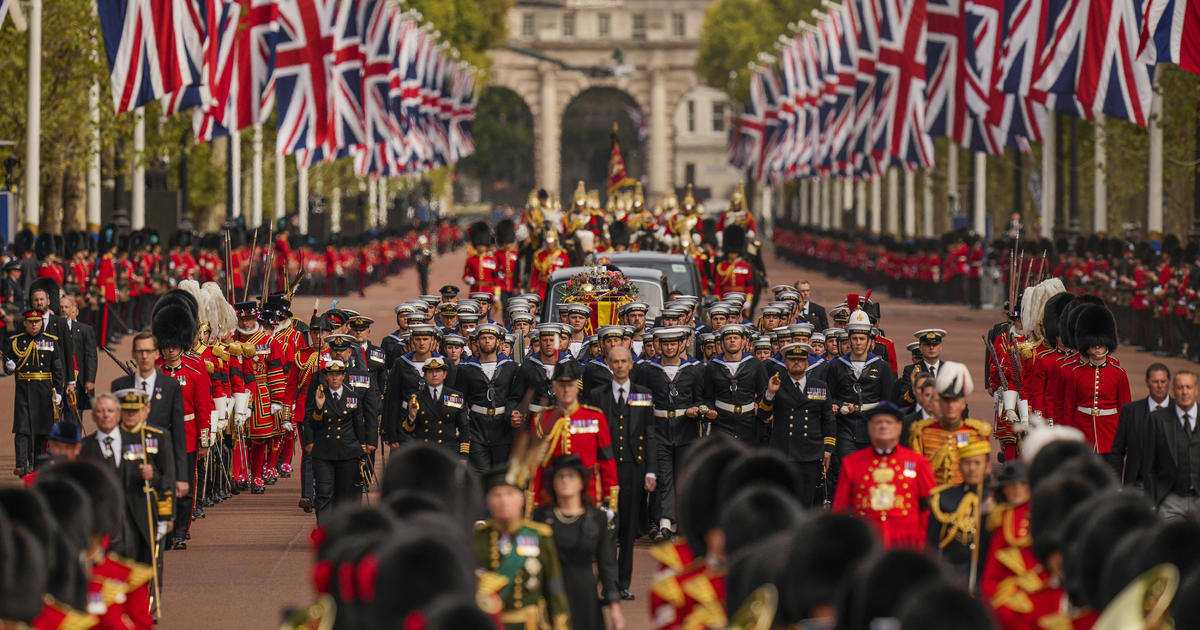 The official mourning period for Queen Elizabeth II, the U.K.’s longest-reigning monarch, culminated Monday morning with her state funeral in London’s ancient Westminster Abbey. The guest list for the service includes around 500 foreign dignitaries, including President Biden and about 100 other heads of state. The huge influx of VIPs was putting an unprecedented  security operation, which was decades in the planning, to the test.

Queen Elizabeth died on September 8 at the age of 96 at Balmoral Castle, her beloved country estate in Scotland. Her eldest son, now King Charles III, has led the royal family, the nation and the world in honoring her legacy and ushering in a new era that is likely to present growing challenges for both the kingdom and its Commonwealth.

The Very Reverend Dr. David Hoyle, 39th Dean of Westminster Abbey, who was officiating the funeral, told CBS News, “you can be absolutely certain that some of the things the queen had hoped we would say will be part of the service.”

The funeral was preceded by days of carefully choreographed public events, including a majestic procession from Buckingham Palace to Westminster Hall on Wednesday. Countless admirers lined up for miles, waiting all day and night for a chance to file past the queen’s coffin during her four days of lying in state.

Following Monday’s service, the queen’s coffin will be taken in a walking procession to Hyde Park, and then by hearse to St. George’s Chapel at Windsor Castle, her final resting place, where her late husband, Prince Philip, and her sister, Princess Margaret, are also interred.