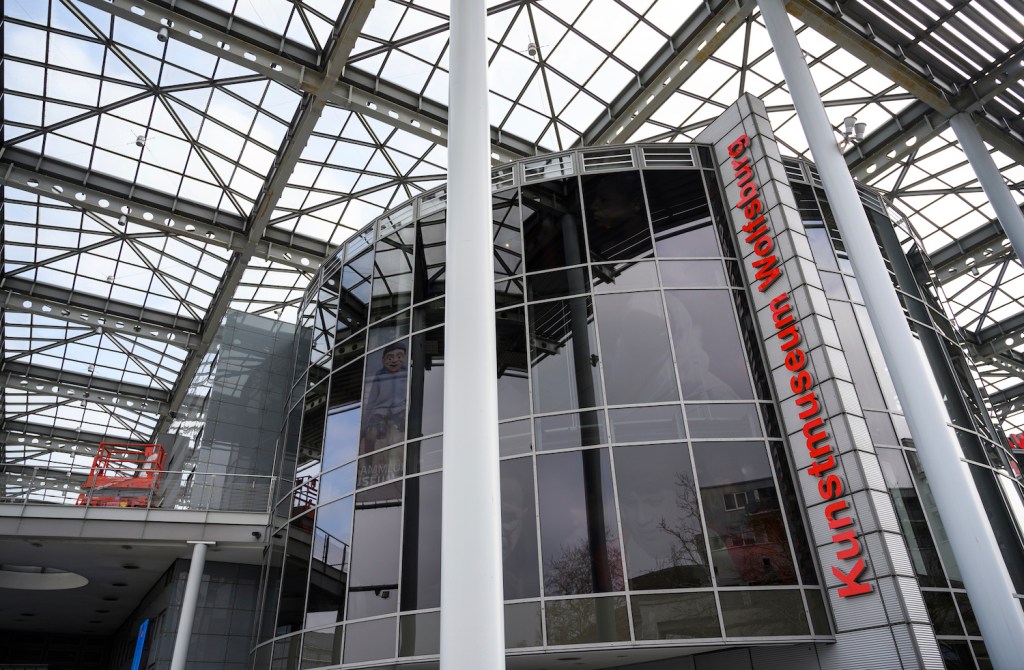 The animal rights organization PETA has filed a complaint against the Kunstmuseum Wolfsburg in Germany over a Damien Hirst installation in which hundreds of flies died. In response, the city’s veterinary office issued an oral warning to the museum, and the artwork has since been dismantled.

“We thought flies were not covered by the Animal Welfare Act,” Kunstmuseum Wolfsburg director Andreas Beitin told the Braunschweiger Zeitung.

The exhibition, “Power! Light!”, on view through Sunday, explores the ubiquitous presence of artificial light in modern life, in particular its negative impact on the environment. Hirst contributed his installation A Hundred Years. First exhibited in 1990, it is comprised of a glass display case partitioned in half.

Flies hatch in one side of the case, and if they venture through a hole in the partition, they will be drawn toward an artificial light—which burns the flies upon contact. The cycle continues until the end of its exhibition.

“Killing animals has nothing to do with art, it only shows the arrogance of people who literally go over corpses for their own interests,” Peter Höffken of PETA said in a statement. According to Germany’s Animal Welfare Act, there “must be good reason for one to cause an animal harm.”

The managing director of the art museum, Otmar Böhmer, told the German Press Agency that the larvae were purchased from a fishing supplier and the installation only contained a small portion of the hatched flies.

“We share the basic idea of the animal welfare organization that animals are not there to entertain us or exploit them,” he said.

The museum said it will contact Hirst’s studio to establish whether A Hundred Years can be presented with artificial flies. If not, it has recommended that the work not be presented again.

ARTnews reached out to a representative for Hirst for comment.