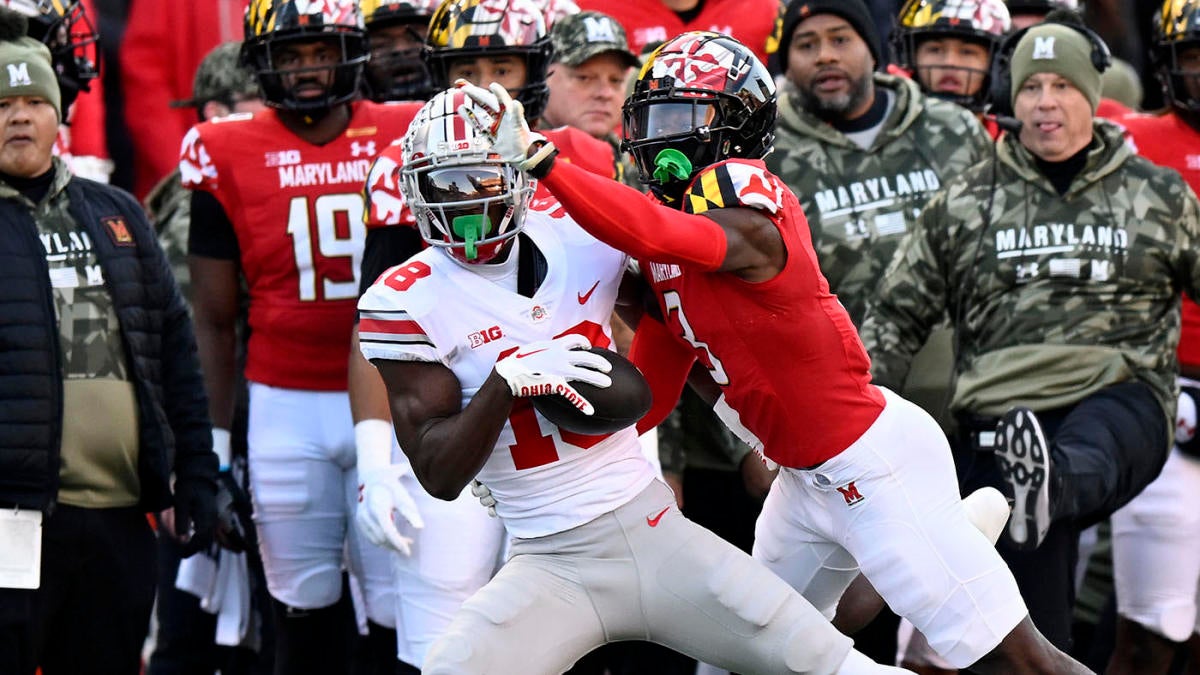 No. 2 Ohio State survived a late scare from Maryland but nevertheless completed a 43-30 victory to move to 11-0 and set up a monstrous matchup against No. 3 Michigan on Nov. 26. Though the Buckeyes trailed 13-10 at halftime, they used a 17-0 run in the third quarter to pull ahead and a late fourth-quarter surge — despite a throughout effort by the Terrapins — to remain undefeated.

Maryland had one final drive to try and take the lead with less than a minute remaining, but it allowed a pair of sacks with Tagovailoa stripped on the latter for a caught fumble return touchdown in the end zone.

With the pass game sputtering, Ohio State turned to freshman running back Dallan Hayden down the stretch. Hayden rushed for 146 yards and three touchdowns, powering a critical 88-yard scoring drive to give Ohio State control of the game. Quarterback C.J. Stroud was inconsistent, completing just 18 of 30 passes for 241 yards and a touchdown. Two of OSU’s second-half touchdowns were powered by a blocked punt and lengthy kickoff return.

The win ensures that the matchup against Michigan next week will be a battle of 11-0 programs hoping to earn a trip to the Big Ten Championship Game. The winner will virtually punch their ticket to the College Football Playoff.