NBA 2K23 MyCareer worst builds: Don’t do this, or you’ll get roasted 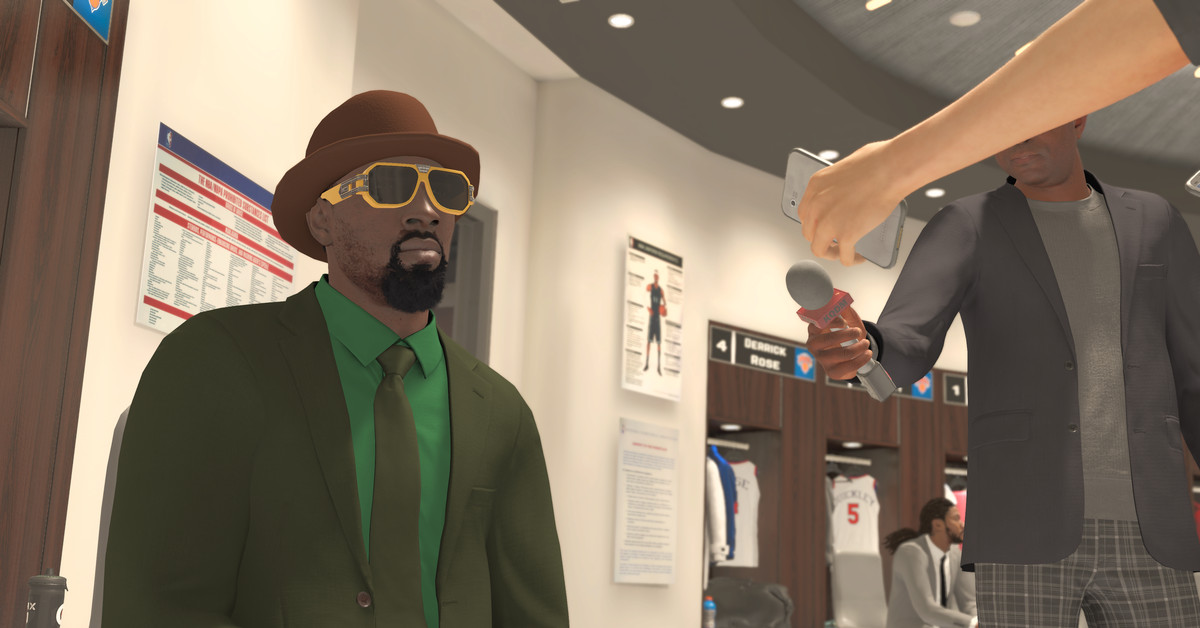 Running around The City in NBA 2K23, I try not to stay in one place too long. Players in this MMO-like space will show a banner underneath their feet when you get close to them. I’m self-conscious about the fact my banner shows a player rating of 85, but I’m only level 3 on this season’s battle pass — which means I’m a total tourist, here for the single-player career, and I’ve probably paid money to level up my character. (In fact, I have.)

But if someone inspected my build — my created player’s current rating and his potential across 22 attributes, reflecting my priorities as a player — I could at least stand behind that. I spent a month coming up with a build guide for NBA 2K23 players, so I’ve culled a lot of information from a lot of community sources on what folks’ best options really are.

And I’ve noticed that, every couple of weeks, like a solar flare, someone on the NBA 2K subreddit posts an image of a terrible build they’ve encountered in the wild. It’s often followed by a burst of similarly awful builds that flood the subreddit for about a day or two. The commentary is brutal, and I can’t stop reading each one.

For example, this guy:

I’ve seen min-maxing before, even in MMOs where you have to pay to respec an awful gamble, but this is real commitment to the bit. There is nothing in defense and rebounding (and I suspect the perimeter defense potential is only this high because it’s tied to a player’s speed and other attributes). The best part is that 47 stamina. You look at enough terrible builds, you notice many of them have nothing for stamina. Good lord, people, NBA 2K23 makes stamina the cheapest attribute to upgrade for a reason!

“This the dude that will say the game is trash because its slow and you need an inhaler puff after two moves,” said one Redditor.

“Bro puffs out after one dribble move,” said another.

“All that driving dunk and homie cant make it to the basket lmao,” said a third. (This guy has only 28 Strength to boot!)

Something to note: If your created player is under 6 feet tall, rest assured everyone you meet is scanning your 2K Card. This is partly because players in the NBA 2K series, almost like natural selection, have discovered after several years that 6-foot-9 is the optimum height for a player in the online cooperative/competitive modes. And that’s because players don’t have the time (or the money) to grind out multiple builds to an effective overall rating. So if someone is running around with Earl Boykins in The Park or The Rec, everyone wants to know how they’re going to make that work in a forest of post players.

“He’s a Georgetown fan,” said one, noting the player’s gamertag. “He hasn’t known good basketball for a long time.”

“This guy made an La fitness build,” said another.

“I kid you not… I ran into this guy yesterday,” one player said earlier this week. “Dude was a 64 OVR and 2K put him as our Small Forward. 5’7” 135. lbs at the 3 playing the paint all game. The other 4 of us were on our mics dying, It was so hilarious that we didn’t care that we lost.”

Then there’s the 5-foot-7 point guard with no shot and a 75 Driving Dunk. Hello, Spud Webb!

Yes, that would be this build:

“He exists solely to create chaos,” said one player.

“Some men want to see the world burn,” replied the original poster.

“Man, with that ball handle as a [point guard] i think he’ll steal from himself,” said another.

Not all of these ass builds are found art, spied after an egregiously smelly 3-on-3 game on your home faction’s court. Sometimes NBA 2K players visit the subreddit like a confessional, to pour out their what-was-I-thinking sins from the player creation stage.

Here’s one posted last month under the heading “Mistakes were made.” Their 6-foot-7 power forward is an “Interior Finisher.” Yeah, well, so is a bottle of Mop & Glo.

Let’s hear what the jury has to say:

“So you got drunk and made a build?” asked one player. “High,” replied the OP.

“Every additional second you spend on this abomination is a crime against yourself and a slap in the face to your inner child,” said another.

“I wanna start over so bad,” the OP added, then he cuts to the heart of why awful NBA 2K builds inspire such gallows humor in the greater community.

“I paid for vc, which I never do because it’s such a grind,” OP said, “Respec feature is needed, but 2K would miss out on all the extra VC.”

He’s right. Players can respec their badges and their perks at any time, but the build is locked in as soon as you start a career. If you upgrade it only to discover, as I have, that Steal or Three-Point Shot or Driving Layup really don’t add much to a 7-foot “Paint Beast,” and that potential was better spent elsewhere, you have to start all over and lose whatever time or money you sunk into your first stab.

Even after earning the “Rebirth” perk, which allows players to start a new build with a 90 OVR maximum (instead of an 85), they will still begin their career at 60 OVR, which means all they’ve unlocked is the ability to pay extra to get their player to 90 earlier in their career.

I think, however, if 2K Sports finally acknowledged that, after a decade, it’s bled its die-hards’ wallets enough, and gave them at least one respec token or opportunity, we’d probably see a lot more variety in player types in The Park and The Rec, instead of the same 6-foot-8 and 6-foot-9 “demigods” on court after court. One would think that kind of diversity in player type would be good for the game overall.

And people would be more free to make mistakes like this, which means more ridiculous builds for everyone to laugh at. It’s a win-win!

“Dude should not touch the ball unless he’s at the rim and wide open,” said one juror.