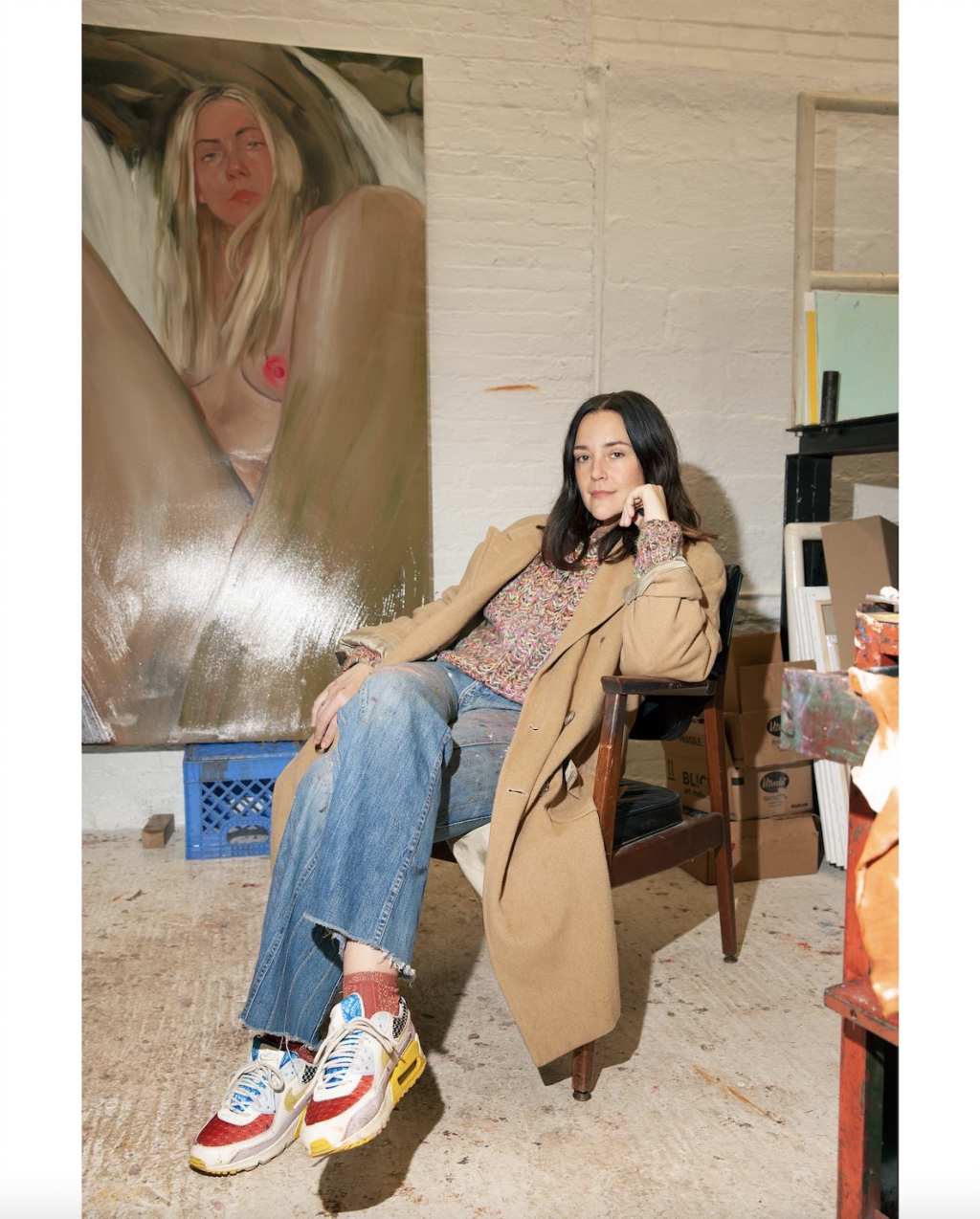 Jenna Gribbon, whose voyeuristic paintings of her partner have attracted a cult following, is joining the roster at David Kordansky gallery in Los Angeles. She will continue to be co-represented by Massimo De Carlo and LDGR, which are headquartered in Milan and New York, respectively.

The Brooklyn-based figurative painter’s work has gained significant attention from collectors. Gribbon’s partner, the musician MacKenzie Scott, also known by her stage moniker Tores, is the subject of much of her work.

She has cited artists such as Édouard Manet, Jean-Honoré Fragonard, Karen Kilmnik, and Mary Cassatt, as well as the filmmaker Agnes Varda, as being among her influences.

“The current fascination with figuration tends toward a well-worn Surrealism,” he said, describing the artist’s vision as “bolder” than many of her peers trafficking in similar imagery. According to him, her work presents “a picture of desire not normally made available to viewers.”

Gribbon often portrays Scott in up-close, cropped shots, making for portraits that are more like the diaristic imagery seen on social media platforms than traditional portraiture. Kordansky said that he sees in the work an invitation to a “psychosexual personal space.”

“I wanted to make paintings that could only come from the privileged, up-close, and unguarded perspective of a romantic relationship,” Gribbon told ARTnews, adding, “Seeing her over and over produces a feeling of familiarity and specificity. She’s no longer ‘the subject’—she’s herself.”

This closeness between Gribbon and Scott runs both ways—references to Gribbon can be found in Scott’s music.

This January, curators at the Frick Museum in New York showcased one of Gribbon’s recent portraits of Scott, titled What Am I Doing Here? I Should Ask You the Same (2022). That work, showing a partially nude Scott, appeared alongside a portrait by Hans Holbien.

The news comes on the heels of Gribbon’s addition to LDGR in June, making her one of the few artists the gallery—the result of a merger between several major New York spaces—kept on after its founders shed many others they previously represented. She was among the several artists the power dealer brought for its inaugural booth at Art Basel’s newly-minuted French flagship, Paris+.

Gribbon’s paintings have also garnered attention on the auction circuit. Since the debut of her work at Phillips in 2020, when her work first fetched prices around $14,000, records for her paintings have been rising. The current benchmark of $100,800 was set when her painting Pollyanna Wrestlers (2018), featuring two brawling women, sold during a Phillips contemporary art evening sale in May. It had been given an estimate of $75,000.