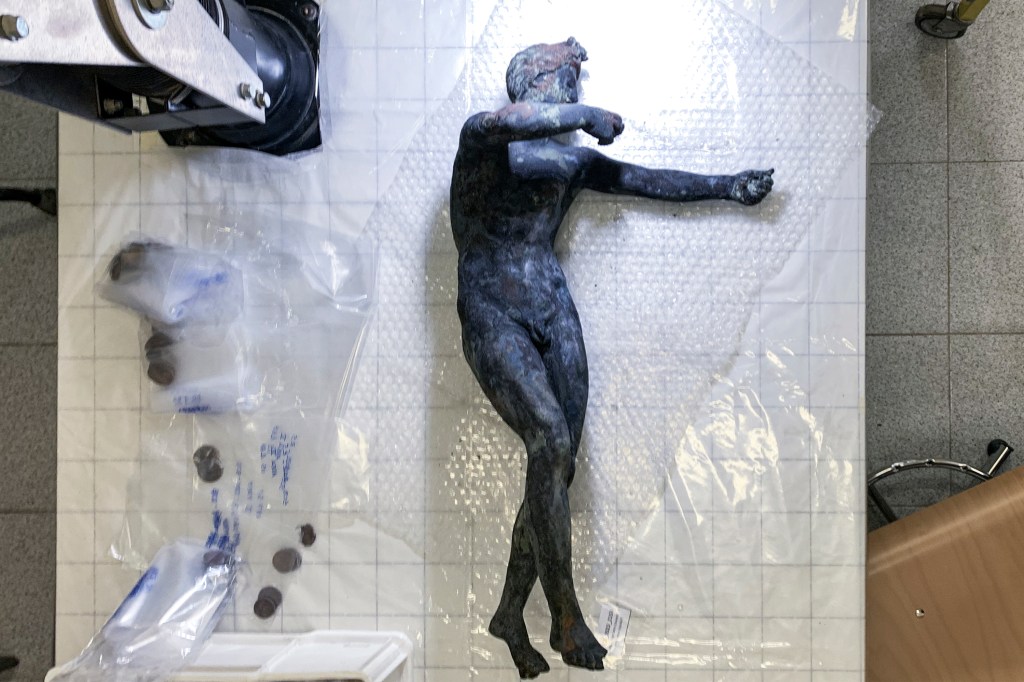 Archaeologists in Italy are calling the discovery of more than two dozen preserved bronze statues in the muddy waters of Tuscany “very significant” and “exceptional” for their age and condition.

The statues were found in the town of San Casciano dei Bagni in Siena, in the ruins of an ancient Roman bathhouse, Reuters reported Tuesday. The artifacts were found covered by nearly 6,000 bronze, silver and gold coins which aided in their preservation. The archaeologists, who have been exploring the area since 2019, also discovered several other smaller statues alongside the coins and bronze artworks.

Italian Culture Minister Gennaro Sangiuliano called it an “exceptional discovery,” while Massimo Osanna, a top culture ministry official, compared its importance to when the ancient, full-size Riace Bronzes of two Greek warriors were extracted from the sea off the southern tip of Italy five decades ago.

“A discovery that will rewrite history and on which over 60 experts from all over the world are already at work,” Jacopo Tabolli, an assistant professor for the University for Foreigners in Siena said in a press release.

According to Tabolli, who coordinated the discovery, the ancient statues depict Hygieia, Apollo, and other Greco-Roman gods, and were used to adorn a sanctuary before their ritual immersion into thermal waters. Most of the statues are thought to be from between the 2nd century B.C.E. and the 1st century C.E., when ancient Tuscany switched from Etruscan to Roman rule, according to Sangiuliano.