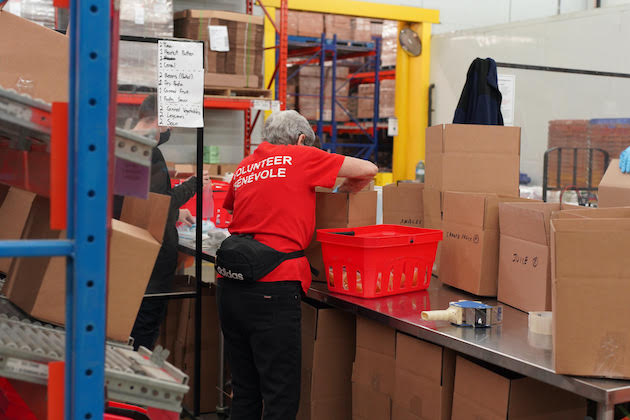 Ottawa, Jul 12 (IPS) – Lisa Argiropulos, a single mother of two teenage sons and a resident of Ottawa, Ontario, has been facing food insecurity since 2016, after an accident that left her with chronic pain and disabilities.

Unable to continue working, Argiropulos has been living off disability support and child benefits payments. Yet, her income is insufficient to provide for herself and her family, especially with today’s prices.

“With the prices going up, it’s astronomical. I was struggling before. Now it’s ten times worse. By the time I pay all my bills, my utilities, and any expenses, what’s left over for food is not nearly enough. It’s been really, really hard. You’re always having to look elsewhere for help, weekly, monthly,” Argiropulos said.

In Canada, the cost of food has risen 9.7 percent from April 2021 to April 2022. The high price of other necessities, like gas and housing, has also contributed to food insecurity; people have to spend more of their income on those expenses, which leaves less for food.

Food insecurity occurs when people do not have reliable access to enough nutritious food. Pre-pandemic, it affected approximately 1.3 million people in Ontario—the most populous province of one of the wealthiest countries in the world.

“That really shows how challenging it is for so many in Ontario. It is not everyone’s reality to be able to afford all your basic necessities in a month,” Amanda King, Director of Network and Government Relations at Feed Ontario, said.

Today, the total number living with food insecurity is likely to be bigger because inflation has put more people in precarious positions.

“Food insecurity is something that’s somewhat invisible. That is why it is really important to emphasize the data and statistics that we have. If you look at a classroom, you cannot immediately identify which child did not have breakfast that morning. Statistically, you know there are children in that classroom that have not had breakfast,” King said.

To get by, Argiropulos seeks additional support from her local food bank to stretch her food budget. For her, that is the Barrhaven Food Cupboard, where she’s allowed one visit a month. While she receives a package of food intended to last for seven days, it goes quickly in her family of three, with her growing sons.

Food banks are also feeling the current strain of inflation.

Usage of food banks has increased significantly in the past couple of months as more people are in need. According to CEO George Macdonald, the Barrhaven Food Cupboard has seen a usage increase of 130 percent since last year. Ottawa Food Bank CEO Rachael Wilson noted that they served 52,000 meals across their network in March. Last year, they served an average of 44,000 a month.”

Higher food and gas prices mean that it has become more expensive for food banks to operate. Before the pandemic, the Ottawa Food Bank spent 1.7 million Canadian dollars (about USD 1.31 million) annually on food. This year, Wilson told IPS they were preparing to spend over 4.5m CAD (USD 3.49m).

Though both Wilson and Macdonald were coping with the demand, they noted that further increases in food bank usage could affect their ability to serve their community.

“It’s very stressful. Knowing how we are going to get food on our shelves every day is just a day-to-day stress right now. So far, there hasn’t been an instance where we couldn’t provide the food that is needed. But I honestly don’t know how sustainable it is for us to continue to meet the needs at this level without major change,” Wilson said.

The Ottawa Food Bank, which supports 112 smaller food programs, relies primarily on charitable donations. It receives no regular funding from the provincial or federal government.

The current extent of food insecurity has prompted calls for change in how policymakers address the issue.

Government interventions on food insecurity have mostly been in helping support the operations of food banks. Provincial relief for food insecurity during the pandemic came indirectly: over 1 billion CAD was allocated in Social Services Relief Funding (SSRF) (about USD 775m) to help municipalities and social service providers, including food banks.

While helpful for short-term relief, Tim Li, research coordinator at PROOF—a program from the University of Toronto working to identify policy solutions for hunger—explained that these interventions do little to address the causes of food insecurity.

“Hunger is not just about not having food. It’s about people’s financial circumstances. It’s about poverty, lack of income, and income security. We’re not seeing action that takes that approach as far as addressing income inadequacy to reduce food insecurity. It goes to show that the safety net is not as robust as we thought.”

Rather than increasing aid to food banks, PROOF advocates for income-based solutions, such as expanding social assistance and increasing the minimum wage. Such moves would require mostly provincial-level action, given the provinces are responsible for both areas.

“Our research really points to policymakers tackling minimum wage, social assistance, and all the other different policies that exist within their toolbox, whether that’s income tax, child benefits. There’s a lot that public policymakers can do. It’s just a matter of them doing it,” Li said.

More than 60 percent of people dependent on social assistance in Canada are food insecure, according to a 2018 study.

The total is presumed to be bigger today, given most social assistance programs are not indexed to inflation. This results in support payments being worth less and less each year as prices rise, potentially leading more people to slip into food insecurity.

Argiropulos is also asking for income-based solutions. Fully supporting herself and her family is simply out of reach in her current state, she told IPS.

Around a year ago, her doctor recommended she apply for a food allowance for those with dietary needs because of medical conditions. The allowance was part of Ontario’s Disability Support Program (ODSP), and Argiropulos qualified because she had type two diabetes.

She was shocked, however, upon realizing how much she was eligible to receive.

“He sent in , and it was only an additional 35 dollars per month for type two diabetes. I had gestational diabetes throughout both pregnancies with my children. So, I know. I’ve seen dieticians. I know how you’re supposed to eat. I know about carbohydrates. I know about all that stuff. Thirty-five dollars, it’s not even doable,” she said.

Argiropulos noted that the reality of living on social assistance and facing food insecurity needs to be emphasized.

“I worked my entire life, and I fell on bad times. And food, nobody should be denied food. We live in a country where we should not be denied food. When you are forced to rely on the system, struggling for food should not happen. It just shouldn’t.”