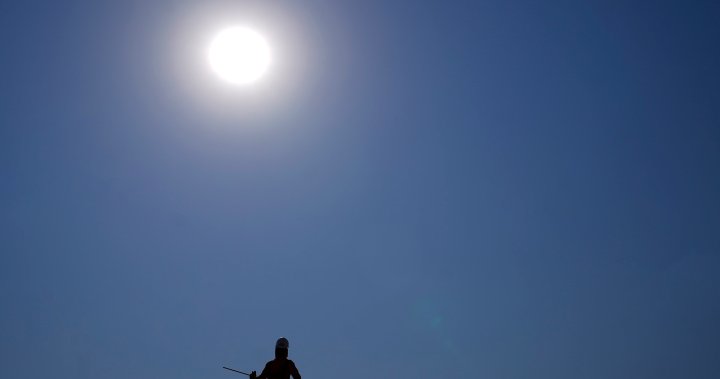 This weekend, Nova Scotians could see the hottest ever temperatures recorded on that day in history.

Saturday and Sunday forecasts in Halifax predict the temperature could hit a high of 21 degrees Celsius.

On average, though, the high temperature on Nov. 5 and 6 has been just below 9 degrees Celsius.

Environment Canada predicts Saturday to be sunny, with clear evening. Low temperatures are expect to drop to 15 overnight. On Sunday, a mix of sunny and cloudy weather is expected, with temperatures dropping to 13 overnight.

The lowest predicted temperature for this weekend is still more than 4 degrees higher than the average high temperature on those dates.

“It has been warm, generally a couple of degrees. Two to four degrees above average through October, and that includes a stretch that was cold. So a lot of people forget that there were frosty mornings a few weeks ago,” said Global News Chief Meteorologist Anthony Farnell in a Wednesday interview.

According to Farnell, the heat has broken records on several occasions in recent weeks. But, it won’t last forever.

“So what’s very warm for the next week to 10 days will likely turn colder, and it could turn quite cold and snowy come December,” Farnell added.

— With files from Robert Lothian.