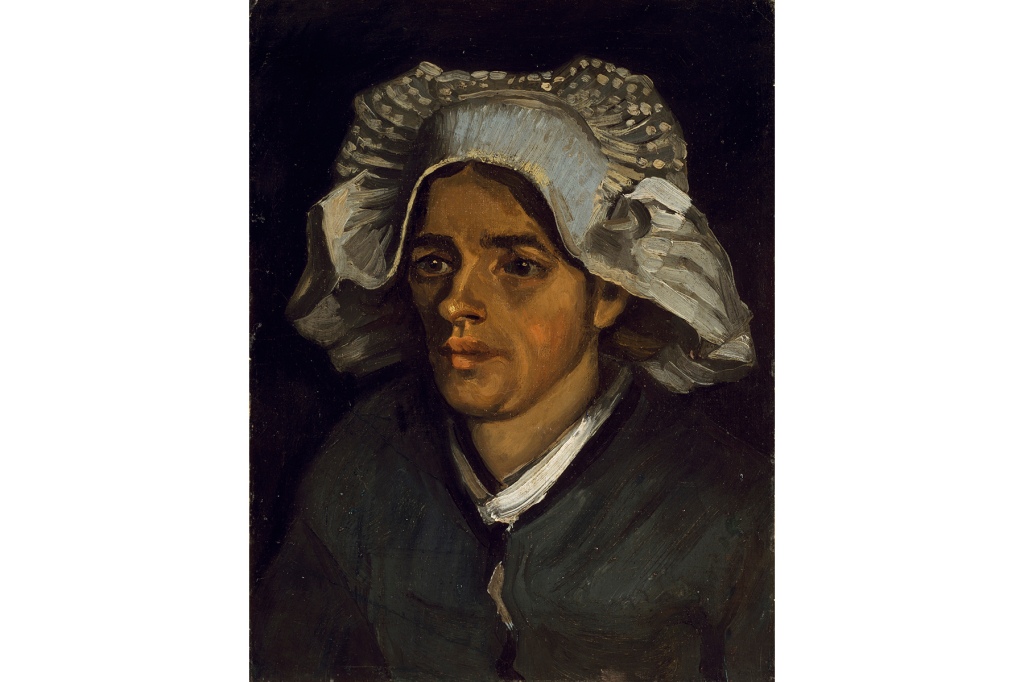 X-rays conducted on a Vincent van Gogh painting have revealed a previously unknown self-portrait hidden on the back, according to a BBC report Wednesday. The discovery was made when experts at the National Galleries of Scotland scanned the work ahead of an upcoming exhibition.

On the back of the early work Head of a Peasant Woman (1884), conservators noticed the profile of a bearded man wearing a brimmed hat and a neckerchief beneath the layers of glue and cardboard. Even though only the left side of his face is visible, the sitter maintains an intense, inescapable gaze.

The discovery came as a “shock,” senior conservator Lesley Stevenson told BBC. “This is a significant discovery because it adds to what we already know about Van Gogh’s life.”

The Dutch artist, whose work rose to prominence following his premature death at 37 years old in 1890, never reaped the monetary rewards of his paintings. During his lifetime, van Gogh often reused or used both sides of his canvases to save money. This is not the first time that another work has been uncovered on the back of his paintings from this time period.

Head of a Peasant Woman depicts a local woman from the town Nuenen in the Neatherlands, where the artist lived from December 1883 through November 1885. The self-portrait on the back, however, is thought to have been painted after he moved to Paris in 1886.

Roughly 15 years after his death, the painting was loaned to the Stedelijk Museum in Amsterdam for an exhibition, which experts believe is when the cardboard backing was added to the canvas and framed. Over the course of its lifetime, the painting changed ownership multiple times. It did not come to Scotland until 1951, when it entered the collection of Alexander and Rosalind Maitland. The prominent Edinburgh lawyer subsequently gifted it to the National Gallery of Scotland in 1960.

Conservators are further researching whether it is possible to remove the glue and cardboard without damaging the work.

Visitors to the exhibition “A Taste for Impressionism: Modern French Art from Millet to Matisse,” which is slated to open on July 30, will be able to see the X-ray image in a lightbox.

“Moments like this are incredibly rare,” Frances Fowle, senior curator of French Art at the National Galleries of Scotland told BBC. “We have discovered an unknown work by Vincent van Gogh, one of the most important and popular artists in the world.”

This news follows the discovery of three sketches by Amedeo Modigliani hidden beneath a painting of a nude woman. The sketches were found using X-ray technology while studying the painting ahead of an October exhibition at the Barnes Foundation in Philadelphia.