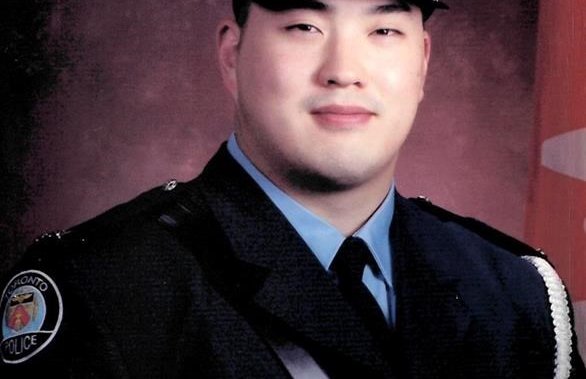 TORONTO — Police officers from across the country are set to remember a fallen Toronto constable at a funeral this afternoon, which will include tributes from dignitaries and eulogies from his wife and daughter.

A service to celebrate the life of Const. Andrew Hong will be held at 12 p.m. at the Toronto Congress Centre and is expected to be attended by Hong’s family, guests, officials, fellow members of the Toronto Police Service and other police and emergency services personnel from many other jurisdictions.

Hong was shot dead last week while on break during a training session in Mississauga, Ont., in what police are calling an ambush attack.

Another person was injured in the Mississauga shooting, and police say the same suspect then shot three people at an auto body shop in Milton, Ont., killing two and injuring one, before he was shot and killed by police in Hamilton.

Hong, 48, was a 22-year veteran of the force and a traffic services officer who worked with a highly specialized motorcycle unit that provides security escorts for dignitaries such as prime ministers and presidents.

The funeral proceedings are not open to the public but can be viewed via an online live stream on the Toronto Police Service’s YouTube channel or on local television stations.

“TPS extends its gratitude for the support and condolences received from the public since the death of Constable Andrew Hong,” the force said in a statement.

Members of the public can watch the funeral procession as it travels to the Toronto Congress Centre from the Kane-Jerrett Funeral Home.

The procession is set to begin at 9:25 a.m. and members of the public are invited to watch from Highway 407 overpasses along the route, such as on Bathurst, Dufferin or Keele streets.

A number of road and highway ramp closures along the procession route will be closed beginning at 6:30 a.m. until approximately 1 p.m.