Celebration and heartbreak: Two sides of the 109th Grey Cup 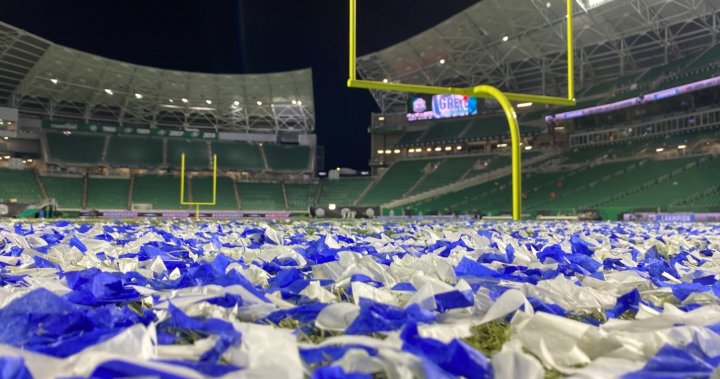 It was a night to remember for the Toronto Argonauts after winning the 109th Grey Cup 24-23 over the Winnipeg Blue Bombers.

“It’s gotta go down as one of the best finishes in Grey Cup history,” Toronto Argonauts head coach Ryan Dinwiddie said after the game.

The champagne is flowing in the Argos locker room and the party is only beginning.

“It just shows how mature our team is,” Dinwiddie said when describing the crazy final three minutes of the game. “No one hit the panic button and we believed we would get it done.”

“It means a lot to me,” Dinwiddie said. “More importantly I am happy for my players. That’s why you coach football and I just love seeing them smile.”

In the other locker room, tears and silence as the Blue Bombers grapple with the heart ache of defeat.

“It usually comes down to a few plays and there are certainly a few we want back,” said Winnipeg Blue Bombers quarterback Zach Collaros.

“We don’t just say things to say things but I really care about those guys in the locker room. For the season to end like this, obviously someone has to win but… it is just a really special group of people.”

Collaros was a man of few words after the game, as his team falls just short of a three-peat.

“I’m grateful to have been a part of this team and this season… This is just tough.”

For the Argos and their fans however, the party has just begun.

“It is hard to describe, but this is 11 years of hard work. All I ever wanted was to be great and to reach the pinnacle, there is nothing like it,” said Argonauts linebacker Henoc Muamba, who was named the Grey Cup most outstanding player and most outstanding Canadian.

“People don’t really know the toll this takes… I am just filled with love, and I am elated.”

Now the question is how long until the party stops and the training begins.

5:20
Mayors of Toronto and Winnipeg place wager over Grey Cup