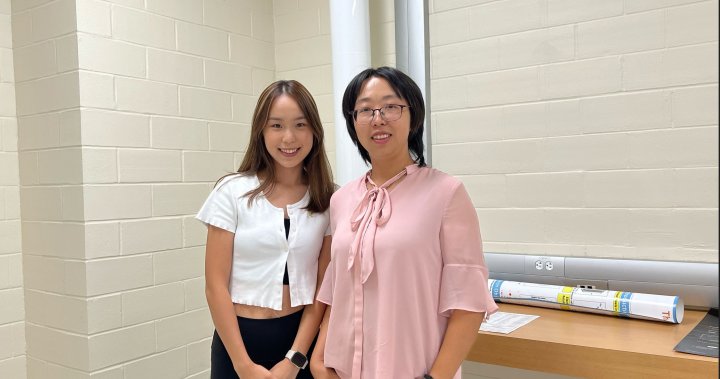 Two scientists from Western University have invented a glow-in-the-dark drug tracker for the human body, using technology from a Saskatchewan-based company.

The probe is believed to be the first of its kind. Instead of using radiation or another source to find the light inside the body, this probe is charged before entering the body.

“Our optical probe is kind of like glow-in-the-dark paint or when you walk into a club wearing those (glow-stick) bracelets, and you can still see the light,” said assistant professor Lijia Liu.

The researchers used the Canadian Light Source (CLS) to see the interaction between the light and the drug carrier.

Both have previously been used in medical research, but bringing them together was the purpose of this research.

CLS is a national research facility of the University of Saskatchewan, and is located in Saskatoon.

According to the CLS website, the source produces different kinds of light in order to study the structural and chemical properties of materials at the molecular level.

This is possible by looking at the ways light interacts with the individual molecules of a material.

A drug carrier is already used in medical research to track the way a drug moves throughout the body.

However, Liu said there is not a sure way to find where the drug goes once it enters a human’s system.

While, light sources have been used in previous studies too, such as the X-ray, they usually need radiation or another source to recognize light within the body.

Bringing the two materials together creates the probe, which is a light and a drug tracker, which would have the addition of a drug. From there, it can be injected into the body and tracked by the pre-charged light source.

“They basically wanted to combine these two together and make a new synthesized composite that can be used for drug delivery and body imaging systems,” said staff scientist Mohsen Shakouri with CLS.

Masters student Wai Tung Shiu who also worked on the project said, “As soon as we realized the luminescence intensity didn’t increase by that much, we were really excited.”

The new material could be used to track medication given to patients who have cancer or bone diseases.

In the future, it could potentially be used for a wider range of medical practices.

Liu said this gives medical professionals an upper hand when it comes to proper treatment.

“They can incorporate this probe and then have a full understanding of the complete path of how this drug gets into human body whether it interacts with any organs and then whether they end up directly to the target,” said Liu.

The Western U researchers are now able to take the next step in their work by testing to see if the probe will actually work inside the human body.