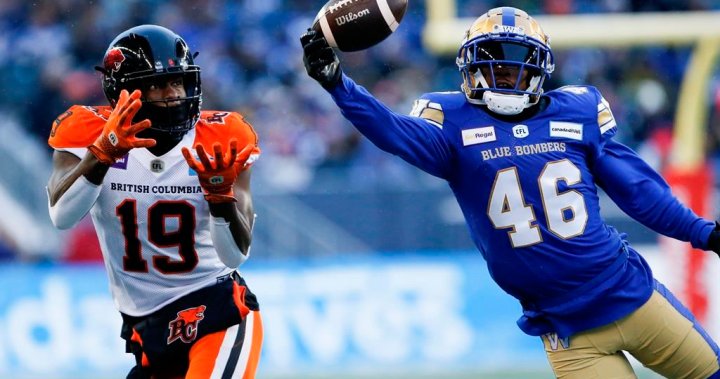 Blue Bombers’ running back Brady Oliveira rushed for 130 yards on 20 carries to lead Winnipeg to a 28-20 victory over the B.C. Lions in the West Division final on Sunday afternoon.

The Bombers are now one win away from winning three consecutive CFL championships for the first time in franchise history.

And they could win three consecutive Grey Cup titles for the first time since 1982 (Edmonton) when they  take on the Toronto Argonauts in the Grey Cup game in Regina next Sunday.

The Argos defeated the Montreal Alouettes 34-27 in the East Division final.

Winnipeg quarterback Zach Collaros completed 14 of 20 passes for 178 yards, including a 19-yard touchdown pass to receiver Dalton Schoen, with one interception.

Winnipeg placekicker Marc Liegghio kicked field goals of 44, 24 and 16 yards and connected on only one of three convert attempts.