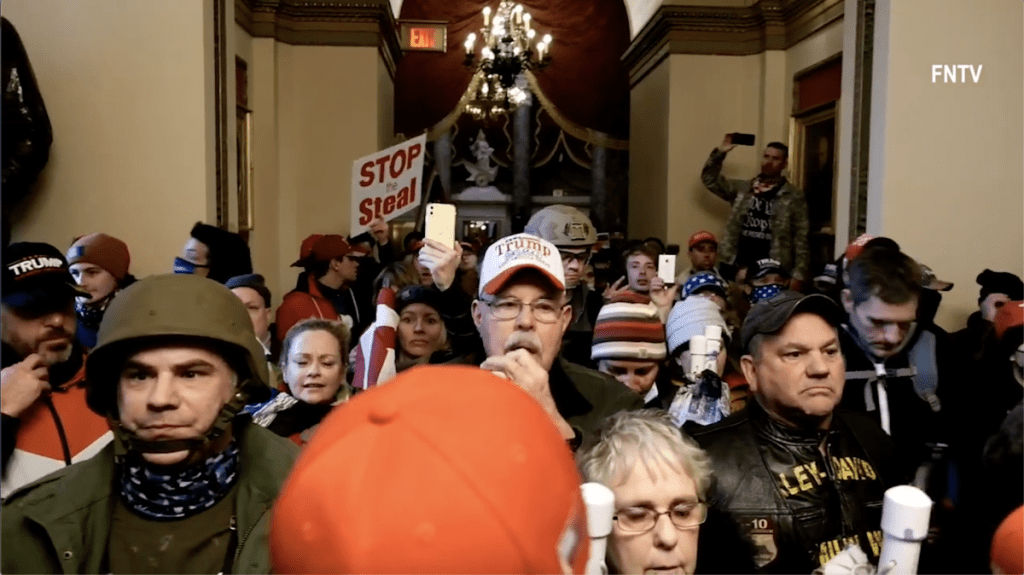 A theater set to host the U.K. premiere of artist Andres Serrano’s feature film Insurrection, which surveys the riot on the U.S. Capitol Building in Washington D.C. on January 6, 2021, canceled the event, allegedly because of the work’s political content.

Serrano told the Art Newspaper that the London Prince Charles Cinema, the venue that was to screen the film on Thursday, canceled the showing because they viewed the film as being “pro-Trump.”

The artist attributed the Leicester Square cinema’s decision to pull the planned screening as “misinterpreting” the film’s content.

Produced by the London-based organization a/political, the film made its U.S. debut in Washington D.C. in January. Spanning 75 minutes, the film collages footage mined from social media and other public platforms that portrays the Capitol attack’s events. These images, some of which were initially streamed live, are intercut with archival stock pictures and videos that depict Depression-era riots, Malcolm X, Fidel Castro, and more.

Trump has been a recurring subject in Serrano’s work. In 2004, Serrano photographed Trump—then a real estate mogul–turned–reality TV star known as the host of The Apprentice—for the artist’s photographic “America” series. During Trump’s presidency, in 2019, Serrano showcased a trove of Trump-related memorabilia numbering more than 1,000 items in an exhibition at a former nightclub in New York for an exhibition titled “The Game: All Things Trump.”

Despite the original venue’s cancelation, the film will still make its U.K. premiere in London this week as planned; a/political plans to hold a screening of the film on November 11 at St Johns Church in Hyde Park Crescent.