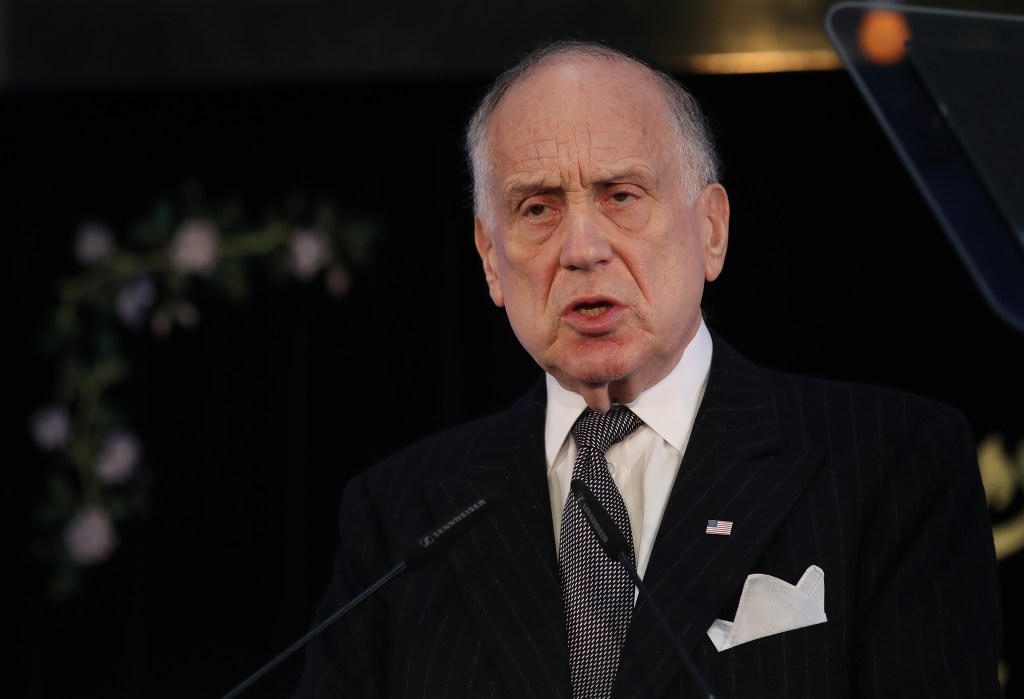 COLLECTOR WATCH. The billionaire art collector who founded the Neue Galerie in Manhattan, Ronald S. Lauder, has spent at least $11 million to support Republican Lee Zeldin in the New York gubernatorial race, the New York Times reports. His art-collecting brother, Leonard Lauder, has donated to the Democrat in the race, Kathy Hochul. They are just two of many arts patrons pouring money into the U.S. elections, as Angelica Villa reported. Over in Greece, meanwhile, on the private island of Skorpios, collector Dmitry Rybolovlev is building a luxury resort, the Art Newspaper reports. Some 400 construction workers are on the job, and the property—scheduled to open in 2024—will include a soccer field, a marina, and quite a few other impressive amenities. A one-week stay is slated to cost a cool $1 million.

LOST AND FOUND. More than 50 years after a 19th-century portrait was stolen from the museum at Staten Island’s Historic Richmond Town, it has been returned, the New York Post reports. Astonishingly, an eagle-eyed collector from the Bay Area spotted it listed for an auction in Alameda, California, after visiting the New York institution and learning about its theft. It had been put up for sale by a conservator who said it was left with him in the 1990s and never picked up. Meanwhile, the North Dakota Museum of Art in Grand Forks is looking for a sizable sculpture that vanished from its grounds recently, Valley News Live reports, and the caretaker of a home in Cavite, the Philippines, has been charged with stealing paintings and religious statues worth P2.1 million (some $36,000) from his employer, the Manila Bulletin reports.

Climate activists with the group Futuro Vegetal glued themselves to the frames of two paintings by Francisco Goya at the Prado in Madrid. “We condemn the act of protest that has taken place in the museum,” the Prado said. “The works have not been damaged, though the frames are slightly damaged.” [ARTnews]

Museums in Japan have been been raising ticket prices on blockbuster loan shows from abroad, responding to increases in shipping expenses, which are “triple what they were before the coronavirus,” one organizer said. [Nikkei]

With $1 billion in art from Paul Allen’s collection coming to auction this week, journalist James Tarmy looked who can afford its prime pieces. Dealer Christophe Van de Weghe said there are around 300 people who could spend $120 million on a work (the estimate of Allen’s Cézanne). “But who will bid is a different story.” [Bloomberg]

The John Kane show at the Senator John Heinz History Center in Pittsburgh includes a painting that the long underrecognized artist gave to a doctor who treated him for tuberculosis. As attention grows for Kane, who died in 1934, his fans are hoping that more paintings he gave to friends and acquaintances will turn up. [Pittsburgh Post-Gazette]

Fewer NFT marketplaces are offering royalties to creators, which was once heralded as a game-changing aspect of the technology. [Axios]

IN PROFILE. Artist Jennifer Guidi is in the New York Times, the Indigenous artist–focused organization Meztli Projects is in the Los Angeles Times, designer Peter Marino is in the Financial Times, and artist Matt Magee is in Interior Design.

RUBBER BAND MAN. In the Sunday Times, former Tate director Nicholas Serota spoke about how the Arts Council England, where he is chairman, has been decreasing its funding to some London arts institutions in order to give more to groups beyond the capital city. But he also sounded a cautionary note about funding in the U.K. “We’ve seen austerity applied to the arts and the arts have been incredibly resilient, but how far can you stretch this rubber band?” Serota told the paper. “I think it will snap if we see serious cuts. There’s a degree of fragility in the arts world now that wasn’t there three years ago before the pandemic.” [The Sunday Times]