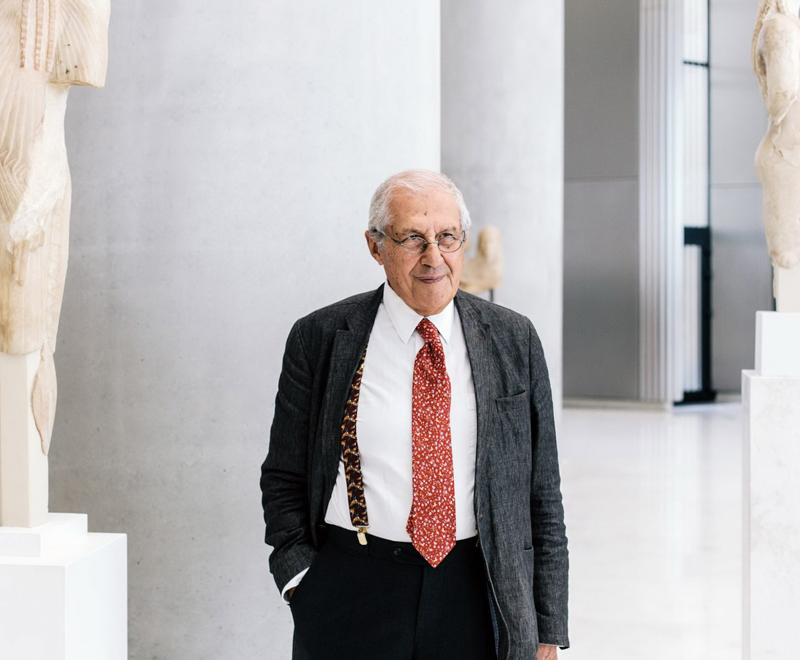 Dimitrios Pandermalis, the president of the board of directors of Greece’s Acropolis Museum has died at the age of 82, Greece’s culture ministry said in a statement Wednesday. The cause of death was not disclosed.

Pandermalis served as the museum’s president since 2009, overseeing the construction of an ambitious $145 million revamp of the museum, situated on an Athenian archaeological site. He also served as president of Aristotle University of Thessaloniki’s department of history and archaeology and dean of the faculty of philosophy.

Prior to his work at the Acropolis Museum, Pandermalis led excavations at the archaeological site of Dion near Mount Olympus, a project which began in 1973.

During his tenure with the museum, he was one of the leading advocates for the return of the Parthenon Marbles, ancient Greek sculptures exported by the British official Lord Elgin in the early 19th century that are now held in the British Museum.

‟Their return in full is the only solution. Everything that is inextricably linked to the monument must be reunited,” Pandermalis said in 2019.

The issue has been the subject of a decades-long restitution debate with the the U.K. government.

“It is with great sadness that we say goodbye to a rare scientist, an inspiring teacher, a valuable colleague, a good friend,” Greece’s culture minister, Lina Medoni, said in a statement. “Pandermalis brought new, modern ideas to the management of archaeological sites, monuments, museums.”

The U.S. Embassy in Athens paid tribute Thursday to the archaeologist in a Facebook post, describing him as, “the heart of the Acropolis Museum, a graceful host to countless American visitors and dignitaries, and a public figure who will be remembered for his contributions not just to Greek civilization but to global cultural heritage.”

“He was a pioneer, directing the excavations at Dion, where he developed an innovative archaeological and natural park,” Mendoni continued. “He was the soul of the Museum, when it was still only on paper. He was there at every stage of its creation and until his last moments.”

Yannis Andritsopoulos, a London-based journalist, paid tribute to Pandermalis. “His vision will continue to guide Greece and international campaigners in their efforts to reunite the Parthenon Marbles.”

In a statement, Nikos Stampolidis, the current director of the Acropolis Museum, recalled Pandermalis’s “unique” impact on his students and colleagues since first coming into contact with the professor in the 1970s.

“The greatest work and contribution of Dimitris Pandermalis is the creation of the Acropolis Museum,” said Stampolidis, who praised Pandermalis’s “care and dedication” in leading the museum’s revamp over a thirteen year period. “It is not easy to talk about the loss of such a beloved person,” he added.