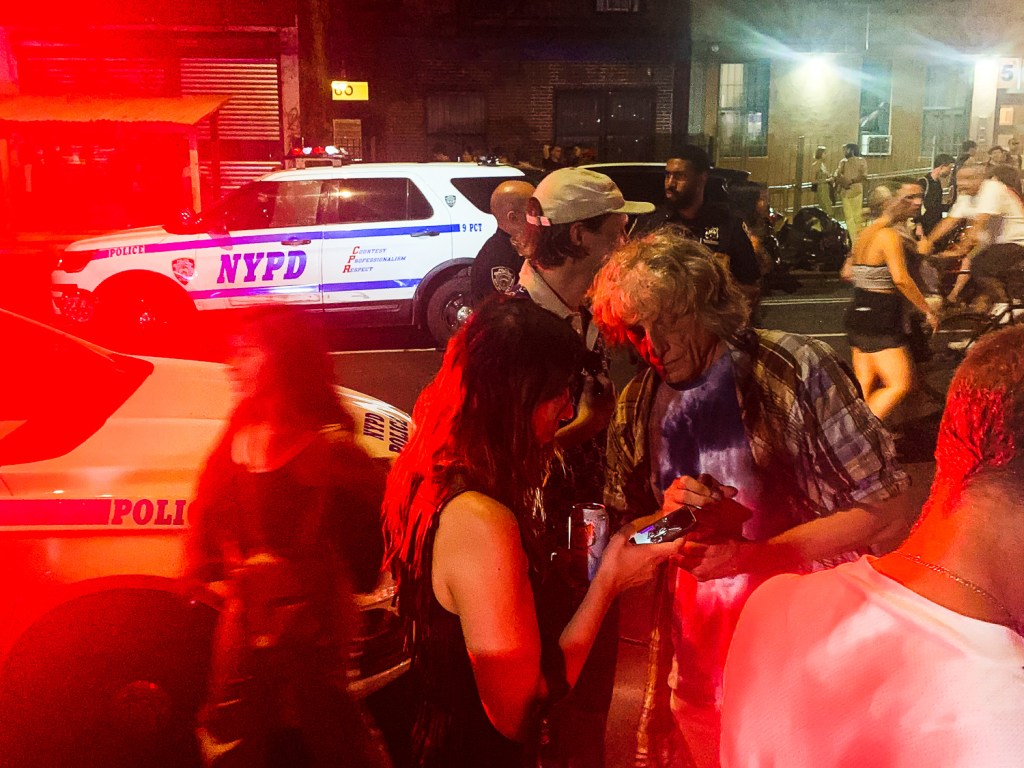 Over the course of my time posted on the sidewalk outside last night’s opening of “The Patriot,” a 200+ artist, 100 percent bonkers open-submission group show at the Lower East Side gallery O’Flaherty’s, I heard a couple variations on the same refrain: If the police showed up this fast, it must be a pretty good party.

It wasn’t just one or two cops either. At peak, there were multiple squad cars and at least five policemen lined up outside the space, which drew a line before opening and reached capacity almost instantly. Lower East Side gallery openings don’t typically come with a line snaking around the block and a band of cops. But O’Flaherty’s, which is less than a year old and helmed by the rising artist Jamian Juliano-Villani along with her friends, painter Billy Grant and musician Ruby Zarsky, is not typical.

It’s something else, something somewhat rare: It’s fun. And completely insane.

When I arrived at 8, the line was already in full force, with an almost comical number of people fighting to get through the doors. Outside the gallery, a contortionist, flanked by neon-pink alien sculptures, wrapped her leg behind her head as progressive house music blared over a nearby boombox. I spotted Grant close to the entrance, and he ushered me through the throng.

Upon entering the darkened gallery, lit like a haunted house by attendees’ flashlights, I was bombarded with the first of at least seven rooms of art, five of which were hung salon-style with a dizzying array of work ranging from what looked like known contemporary art entities to the kind of artist who might, say, submit a fairly straightforward-looking portrait of Tom Petty. I couldn’t get a hold of a checklist, so who really knows.